Income limits for social housing need to be increased 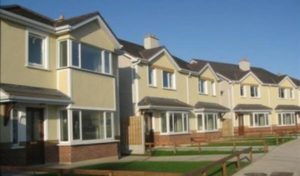 REPEATED calls were made to increase the income limits for social housing in Carlow to bring the county in line with neighbouring counties.

At September’s meeting of Carlow County Council, cllr Willie Quinn put down a motion to seek an urgent meeting with the housing minister about the issue. The limits were supposed to be changed during the last government, but had failed to materialise. Cllr Quinn highlighted that four of the five TDs in the constituency are members of the current government and he called for the change to be implemented by the end of the year. He said the income limit was €26,000, which was €5,000 less than Wexford and Kilkenny.

Cllr William Paton said there was a wide chasm for people who could not avail of social housing due to their income level but who could also not afford a mortgage. “They are literally banjaxed,” he added.

Fianna Fáil’s John Pender said that housing minister Darragh O’Brien was due to visit Carlow later in the month and he would take the matter up with him. However, independent councillor John Cassin wondered whether all councillors were invited to the meeting.

Cllr Pender could not say, while his party colleague Ken Murnane suggested that the councillor get in contact with deputy Jennifer Murnane O’Connor’s office.

An amendment by cllr Andrea Dalton was added to the motion. It suggested that a review of HAP payments be carried out due to high cost of rent.