Revenue seize drugs worth €30,000 and 12kgs of tobacco in separate operations 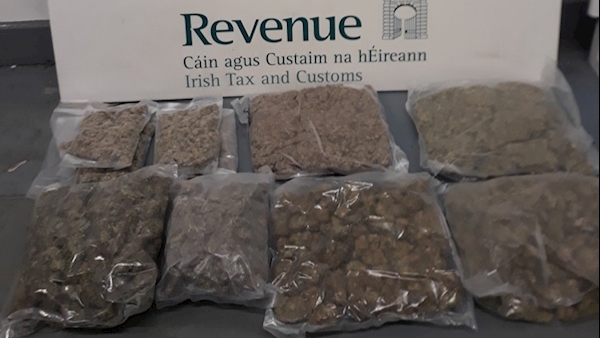 The drugs were discovered in four separate parcels which originated from Canada and the USA.

The parcels were declared as items such as ‘Sweaters’, ‘Yoga Towel’, ‘Pre Owned Jacket’ ‘Giant 10’ and ‘Rubber Dog’ and were destined for delivery to addresses in Dublin, Donegal, Cork and Wicklow.

In a separate operation yesterday, Revenue officers seized 7,800 cigarettes and 12kgs of tobacco at Dublin Airport.

The smuggled cigarettes and tobacco were discovered in the baggage of two British nationals who go off a flight from Alicante, Spain.

They were branded ‘Sterling’ and ‘Amber Leaf’ have an estimated retail value of over €12,000 representing a potential loss to the exchequer of €9,800.

They say investigations are ongoing.

Gardaí warn of phishing scam posing as Department of Justice