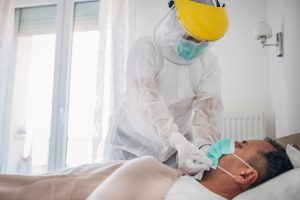 Cllr Wallace said the country owed healthcare workers and those who had lost loved ones the best healthcare service. She added that this was not a radical proposal but a “pragmatic approach”.

Opposing the motion, Fine Gael’s Michael Doran said that in some instances the private sector was able to do things better than the public sector. Cllr Arthur McDonald, who is on the regional health board committee, said he could not support it.

Cllr Wallace did receive support from Sinn Féin’s Andy Gladney, Independent councillor John Cassin and Labour’s William Paton, but it was not enough for the motion to succeed.