NIALL Carew has completed the line up of management team for the Carlow senior footballers with the confirmation of Simon Rea and Victor Doyle as selectors.

Éire Óg man Rea was a selector under previous manager Turlough O’Brien, while Doyle, a Rathvilly clubman, has managed the county’s under 20 team for the last couple of years.

Carew had previously spoken of his desire to add some local knowledge to a management ticket that already includes former All-Ireland winner Ger Brennan as coach and Rea and Doyle will certainly bring that.

The new manager attended his first Carlow Championship game last weekend when he took in the Rathvilly versus Old Leighlin SFC game. He is looking forward to getting the squad out on the training pitch for the first time next Tuesday. Carew intends on running the rule over a number of trialists in the coming weeks in a series of challenge game before finalising his squad.

Carlow play Sligo in a National League game in mid-October before facing Offaly in the first round of the Leinster Championship on 1 November. 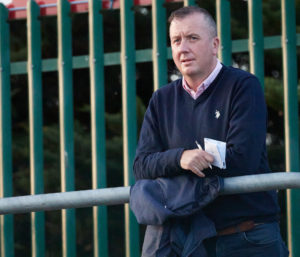