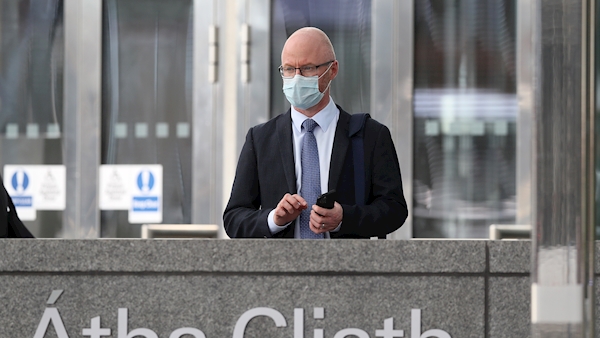 Minister for Health Stephen Donnelly has said that there is no immediate plan to extend Level Three restrictions to other counties.

The Donegal situation was one that had arisen “very, very quickly” and to which a speedy response was required.

Speaking on Newstalk’s Pat Kenny show, the Minister defended the Government’s Plan for Living with Covid-19, saying it had made things less confusing for people, adding that no other counties are being looked at “imminently”.

Mr Donnelly said having the “roadmap” meant that people knew what levels are now operating in Donegal and Dublin and could say “the level is rising in my county, the positivity rate is going up, we may need to go to Level Three.”

Despite Mr Donnelly’s comments, health officials and Government have warned that “similar announcements” could follow the placing of Donegal on Level Three restrictions on Thrusday evening, as six more counties have experienced rising incidence rates of Covid-19.

Donegal was moved to Level Three of the Government’s plan for Living with Covid-19 as of midnight last night until October 16th, as the county’s incidence rate of the virus soared to the highest in the country and surpassed even Dublin.

I do not want to be back here next week or the week after.

Yesterday saw Louth and Waterford avoid moving to Level Three restrictions, despite being close to or above an incidence rate of 100 cases of the virus per 100,000 people.

“Unfortunately the situation continues to evolve and deteriorate nationally,” Dr Glynn, also referencing rising numbers of hospitalisations and admissions to intensive care. “I do not want to be back here next week or the week after,” he said.

Taoiseach Micheál Martin also warned of new restrictions in other counties where the incidence rate of the virus was rising.

“To be honest we could have similar announcements for other areas in the coming week, if the numbers keep rising,” he said.

Mr Martin said cities like Cork and Galway had started from a low base but “incident rates are growing very fast”.

It comes as yesterday saw a further 324 cases of Covid-19 and three deaths confirmed.

42 of the cases were located in Donegal, while 167 were in Dublin.

There were also 34 in Cork, 13 in Monaghan, 12 in Kildare, eight in Cavan, six in Limerick, six in Meath, six in Roscommon and five in Wicklow.