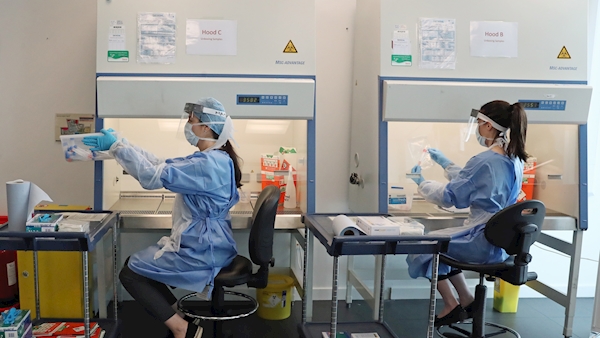 Only six counties have seen a decrease in their number of confirmed cases of Covid-19 over the past two weeks, according to data from the Health Protection and Surveillance Centre (HPSC).

Longford, Limerick, Laois, Leitrim, Kilkenny and Tipperary have all recorded a fall in cases between September 13th and 27th, while Wexford has remained the same.

The counties which experienced the biggest increases during the same period were Donegal, Dublin, Monaghan and Louth.

Tipperary has the lowest rate on 23.9, but has been steadily increasing from 15.7 recorded on September 23rd.

Over the past seven days since September 22nd 2,286 cases of Covid-19 have been recorded in the Republic, with 10 additional deaths.

Sunday’s figure of 430 represented the highest daily increase since April 26th when there was 701 cases reported to the Department of Health, three days after Ireland recorded its highest number of 936 on April 23rd.

The huge increase in cases has been a cause of concern for public health officials and Government with the National Public Health Emergency Team (NPHET) reportedly considering Level Three restrictions for counties in addition to Donegal and Dublin.

Louth, Cork and Galway are being closely monitored as their 14-day incidence rates have increased rapidly throughout September.

Northern Ireland has experienced a similar surge in cases, registering a record number of cases today.

In the past 24 hours, 320 people tested positive in the North, but there were no additional deaths.

The total number of cases there now stands at 11,269, while the death toll remains at 578.