Legality of 1916 leader’s house demolition to be investigated 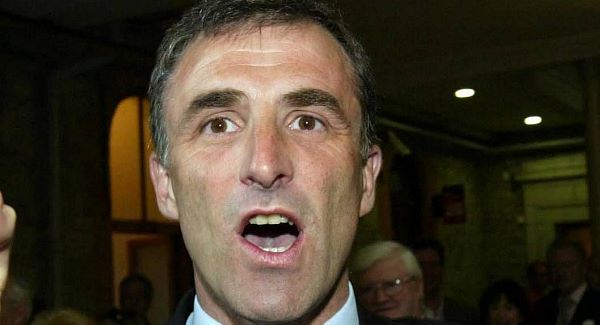 Dublin City Council will investigate the circumstances surrounding the demolition of the historic home of a 1916 Rising leader.

The O’Rahilly House at 40 Herbert Park in Ballsbridge was bulldozed early this morning in order to make way for new apartments and an aparthotel.

The demolition came after city councillors voted to list the building as a protected structure last month.

It’s a green light for developers to come in and knock our heritage and our historical sites.

Sinn Féin TD Chris Andrews said the demolition of the home was a “green light” for developers to bulldoze Ireland’s heritage.

“It’s really disappointing and I suppose it’s a green light for developers to come in and knock our heritage and our historical sites,” he said.

“Particularly in light of the fact that the Council had already initiated a process to list it as a preserved building, so… there’s question marks over the legality of it and that’s something we’ll be certainly looking into.”

The demolition comes after An Bord Pleanála gave the green light to a proposal to demolish and redevelop the building earlier this month.

The house is expected to be replaced with a 12-storey complex, including an aparthotel and 105 apartments.

The development put forward by Derryroe Ltd – a development company owned by the McSharry and Kennedy families who also own the Herbert Park Hotel – involved demolishing the remaining house on the site of three detached Edwardian houses, two of which had already been torn down.

The house at 40 Herbert Park was the home of Michael Joseph O’Rahilly, the only leader of the 1916 Rising to die in battle.

Dublin City Council had recommended that the new development be permitted in August as various local and heritage groups objected to the proposal.