Loophole in the law means eScooters can’t be insured 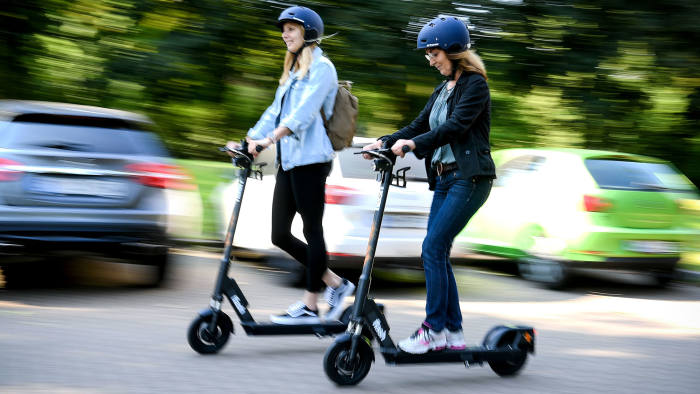 THEY’VE become a familiar sight on the footpaths and streets around Carlow town, but what are the regulations regarding the use of electric scooters?

This was the question posed by mayor of Carlow cllr Fergal Browne at a recent meeting of Carlow municipal district and the answer has revealed a glaring loophole in the law.

Mayor Browne asked about the legality surrounding the use of electric scooters on footpaths and streets and if they had any implications for the council.

Insp Farrell stated that the Road Traffic Act 1961 defines a mechanically propelled vehicle as a vehicle intended or adapted for propulsion by mechanical means, including a bicycle or tricycle with an attachment for propelling it by mechanical power. This includes electrical or partly electrical and partly mechanical vehicles, whether or not the attachment is being used.

Therefore, eScooters and suchlike vehicles do fall into this category. This means any users of such vehicles in a public place must have insurance, motor tax and a driving licence, with penalties under road traffic laws (including fixed charge notices, penalty points, fines and possible seizure of the vehicle) for not being in compliance with these requirements.

However, against this background, it is currently not possible to tax or insure eScooters and so on.

“There is a lacuna in the legislation in this context. This is a national issue, which I understand thus far still awaits legislation/formal regulation,” stated Insp Farrell.

While electric scooters have become more visible on our streets, it seems so far there hasn’t been a problem in the county.

“I am advised that there has been no complaint to An Garda Síochána in Co Carlow in connection with these scooters, be it anti-social behaviour or traffic collisions,” said Insp Farrell.