Weekly singalong with The Nationalist and KCLR FM 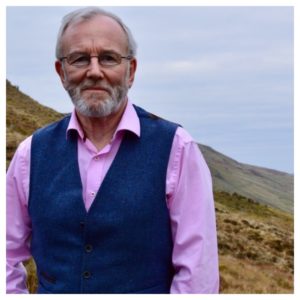 THE hugelypopular Carlow Streams Singalong Sessions continue on KCLR 96FM this Saturday, 17 October, at 10.30pm. The singalong is an initiative aimed towards individuals cocooning around the county who are missing social occasions and interactions.

For this partnership project, each week The Nationalist prints the lyrics of a song that we are all familiar with, and KCLR will feature the same piece sung on its Johnny Barry Show, presented by Brendan Hennessy, on Saturday nights just after 10.30pm. Singer Fiach Moriarty will invite listeners to join him in a mass singalong session. The listener/singer is also invited to participate by taking a video of themselves and their family singing along with Fiach and sending it by WhatsApp to Aileen Nolan of Creative Ireland Carlow on 087 3580224.

Aileen and her colleagues in the Arts Office are delighted to work with singer/songwriter and Carlow resident Fiach on this project. They are also teaming up with local man Dave Barron of www.fromcarlowstreams.ie. Dave will provide a Carlow-related song from his website, which will be featured as part of the project. ‘From Carlow Streams’ is an online resource funded through Creative Ireland Carlow, which aims to preserve and promote songs, stories and poems from and about Co Carlow. So there will be two opportunities each Saturday night to singalong!

This week’s offering features that well-known song I’ll tell me ma and Carlow town, which was inspired by the Troubles in Northern Ireland during the 1970s

Although many cities in England and in Ireland lay claim to this popular ditty, it was most likely an English composition to be sung while playing or skipping. There is record of it as such from the 19th century, when it was named ***The Wind***. However, it also goes under other names such as ***The boys won’t leave the girls alone*** and ***The belle of Belfast city***. ***The belle of Belfast city*** is also claimed as the ***Belle of Dublin city*** or of ***London city***, or of whatever city you choose, but local pride leads to local variation.

Probably the best-known version of the song here is that by The Dubliners, but it has been recorded by many, including Van Morrison (before he took up his new medical role), The Chieftains, The Clancy Brothers and Tommy Makem, The Corrs, Sinead O’Connor, Christy Moore, Orla Fallon and The Irish Tenors.

This song was collected by Danny Browne and is recorded on the website www.fromcarlowstreams.ie. It has an interesting story. In the 1960s, Paddy Carpenter ran fundraising nights in his bar on Barrack Street, Carlow for the purpose of supporting victims of the Troubles in Northern Ireland. One of the entertainers who supported the effort – free of charge – was the great singer Tommy Makem.

Tommy obviously enjoyed his visits to Carlow and he composed this song in appreciation. When Danny supplied the song, there was no recorded melody. The Tommy Makem Arts and Community Centre in Keady, Co Armagh was contacted for help in getting the melody. Within 48 hours, the centre had contacted a son of Tommy in America, who had the melody. Local musician Dave Sheridan played the melody and now the full song can be enjoyed.