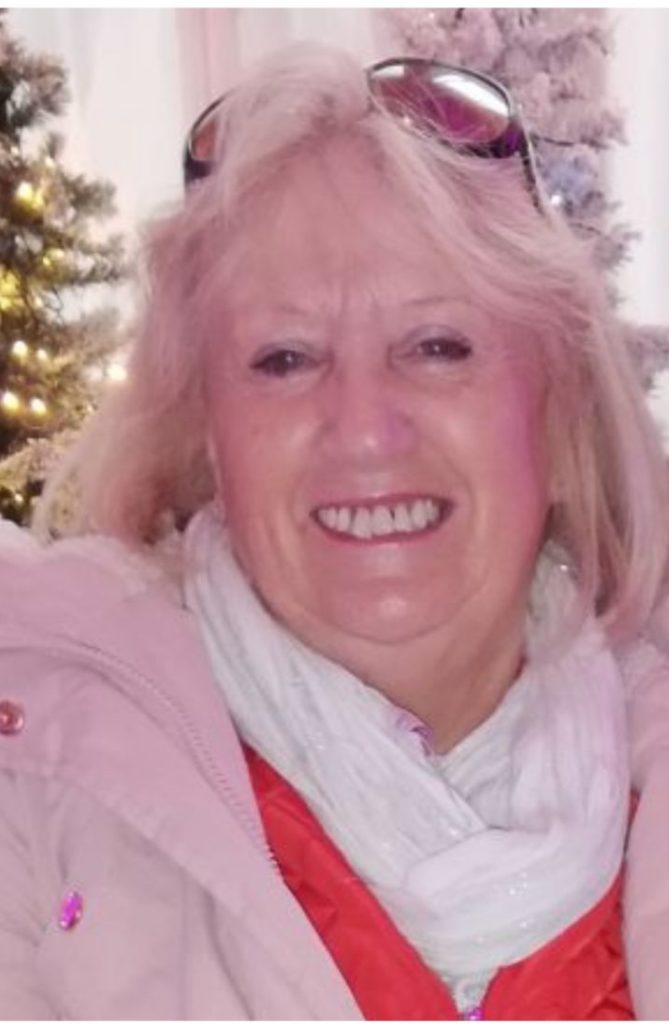 THERE was a deep sense of shock and loss at news of the sudden death at her home on Sunday afternoon, 23 August, of Marian Reamsbottom, Tudor Court, Green Lane, Carlow.

She was youngest of five children born to Luke and Mary Mannering, Dublin Road, Tullow. Marian was predeceased by her mother Mary at the age of nine; her father died in January 1992, her sister Dympna passed away in June 1990, while her sister Dolores died in April 2004.

Following her mother’s death, Marian went to live with her Aunt Nellie, who was a sister of Marian’s mother Mary. Aunt Nellie treated Marian as her daughter and a very close bond existed between them.

Marian reposed at her home on Green Lane for two days. At the removal of her remains on Thursday morning, 27 August, the funeral cortège proceeded down Green Lane as friends and family lined the route to pay their respects on her journey to the Cathedral of the Assumption.

The funeral Mass was celebrated by Fr Ruairi Ó Domhnaill on Thursday morning. Symbols of Marian’s life were brought to the altar by her children Amanda and Alan, Marian’s granddaughters Ava, Kate and Isabella, and her sister Helen. The symbols included a family picture to symbolise Marian’s love of family; a picture of Marian and her family at Christmas, reflective of her love of celebrations with family; a hat and scarf, representative of Marian’s love of shopping, style and fashion; a CD of Rod Stewart, symbolic of her lifelong love of music and Rod Stewart, in particular; and the lead of her dog Buster – Marian had a love of dogs and was a familiar figure on Green Lane walking Buster.

The Offertory gifts were brought forward by her husband PJ and children Amanda and Alan. Readings at Mass were by Marian’s children, while Prayers of the Faithful were recited by her granddaughter Kate, daughter-in-law Lauren and Elizabeth.

A special poem written by Kate was read by her at the end of Mass.

In a eulogy delivered by Derval Mannering and composed by PJ, Amanda and Alan, Derval said that Marian was always the life and soul of the party.

The eulogy continued: “She always looked after and took care of everyone. Marian had time for everyone. She absolutely adored her family, especially husband PJ, children Amanda and Alan and granddaughters Ava, Kate, Isabella and Esme, who were the light of her life and had her wrapped around their little fingers. Family was her world.”

She loved to spend time with the grandchildren reading, baking, going on day trips, gardening, sleepovers and doing TikToks! She was a pivotal part of their lives, never missing one play, match or school event.

Marian was born in Tullow on 10 June 1954, the Marian Year. She attended Brigidine Convent, Tullow and the town’s vocational school. After school, she went to work in McCullagh’s shop and later in Gargan’s sweet factory on the Shillelagh Road, where she developed a sweet tooth which stayed with her throughout her life.

“She loved swimming in the River Slaney at Ballymurphy and at the bridge in Knocklow in the River Dereen, where she would catch minnows with a small jar which had a little string. Her brother Luke said you had to be careful standing around her in case you got a ‘lick’ of the jar while she was swinging it around.

“Marian loved dancing and living life to the full. She met her loving husband PJ at the summer marquee in Shillelagh, but previously they had been checking each other out around Tullow. Marian and PJ married in April 1977 in the Church of the Most Holy Rosary, Tullow.”

After their honeymoon in Jersey in the Channel Islands, the newlyweds moved to Edenderry, Co Offaly, where they had built a new house in Blundell Wood overlooking the town. This became the family home for the next 11 years. During this time, the apples of her eye appeared – Amanda and Alan.

“Marian loved to try out new hobbies and had a great flair for art. She had a great talent for liquid embroidery. Recently she had spoken about getting back into her artistic side and had bought some supplies.

“She was very sociable and outgoing, hosting make-up and Tupperware parties in her home.”

In June 1988, the family moved to Thurles, where they built a new home in Monadreen. Marian quickly established herself as a much-loved neighbour and made some great friends.

“PJ and Marian always talked about relocating to Carlow at some stage. When the opportunity arose for PJ to move to a new supervisory role with ESB Networks in Carlow, he, along with Marian, jumped at the chance and they decided to up sticks and head back to Carlow. They bought a house on Green Lane, where they lived to the present day.”

In Carlow, Marian was involved in helping out at Carlow Town Hurling Club on match days and supported PJ in his involvement with Kilbride GFC, helping out with club finances as well as buying and selling tickets over many years.

Derval said that Marian loved her style and dressing up for events. People would mention how glamorous she was and always full of bling. Her motto was ‘clothes make the woman’. In April 2004, the family was hit by a tragedy when her sister Dolores, to whom she was very devoted, passed away.

“Marian absolutely loved life. One of her great joys were the annual Rod Stewart concerts in the 3Arena accompanied by PJ.

“She loved her caravan holidays in Tramore with the family and in later years her Spanish sun holidays in Torremolinos and Palma Nova.

“Everyone was aware she loved to shop and was always on the look-out for a bargain. She would barter to the bitter end and could spend hours in town on a Saturday evening shopping and chatting with people about her family. Some people said that even though they never met Amanda and Alan, they knew all about their lives, as Marian was so proud of them.”

“Over the past couple of weeks her family have heard various stories about her, including one about her ‘short’ two-hour trips to the local shop five minutes away! People loved her friendly, warm smile and full-of-life attitude. She was a social butterfly; few would escape chatting to her! Marian adored her family and her soul mate and best friend PJ. She took great pride in the fact that, without fail, PJ brought her breakfast every morning. She loved him very much and they did everything together – you wouldn’t see one without the other. He waited on her hand and foot.

“She was immensely proud of Amanda and Alan. They were the apples of her eye until her grandchildren came along – they were the real favourites! As a mother, Marian gave everything, 100% for her kids. She would always organise the best birthday parties for them and made such an effort for them to be happy growing up.”

Marian loved Tullow and at times there was strong debate over who were the better footballers – Tullow or Kilbride. Obviously Kilbride won out!

“She loved life and fought with every breath and all her being to stay in this world.”

The eulogy concluded: “We have a very tough road ahead of us, but we will always know Marian will be there watching over us and has been promoted to being a guardian angel over her grandkids. We love you, Marian, and will miss you always. You will never be forgotten. We will think about you every day and always remember your beautiful smile and warm and loving presence.”

Marian was laid to rest in St Patrick’s Cemetery, Tullow, with Fr Andy Leahy, PP, reciting the final prayers at the graveside.

Kilbride GFC formed a guard of honour from the Church of the Most Holy Rosary, Tullow to the cemetery, a gesture greatly appreciated by the family.

The Reamsbottom family extend thanks to Fr Ruairi Ó Domhnaill, Adm, Carlow at the time, now PP, Newbridge, for his kind words and support. Fr Ruairi administered the last rites to Marian and led prayers at the Reamsbottom home, also celebrating her funeral Mass. Thanks was also expressed to Bishop Denis Nulty and Mgr Brendan Byrne, who offered prayers at the house.

There was praise for the two first responders, who gave their all to save Marian.

Thanks is also extended to funeral director Pat Byrne, Tullow and Maurice Nolan for their kindness, care and respect for Marian.

The Month’s Mind for Marian Reamsbottom was celebrated in the Church of the Most Holy Rosary on Saturday 26 September.