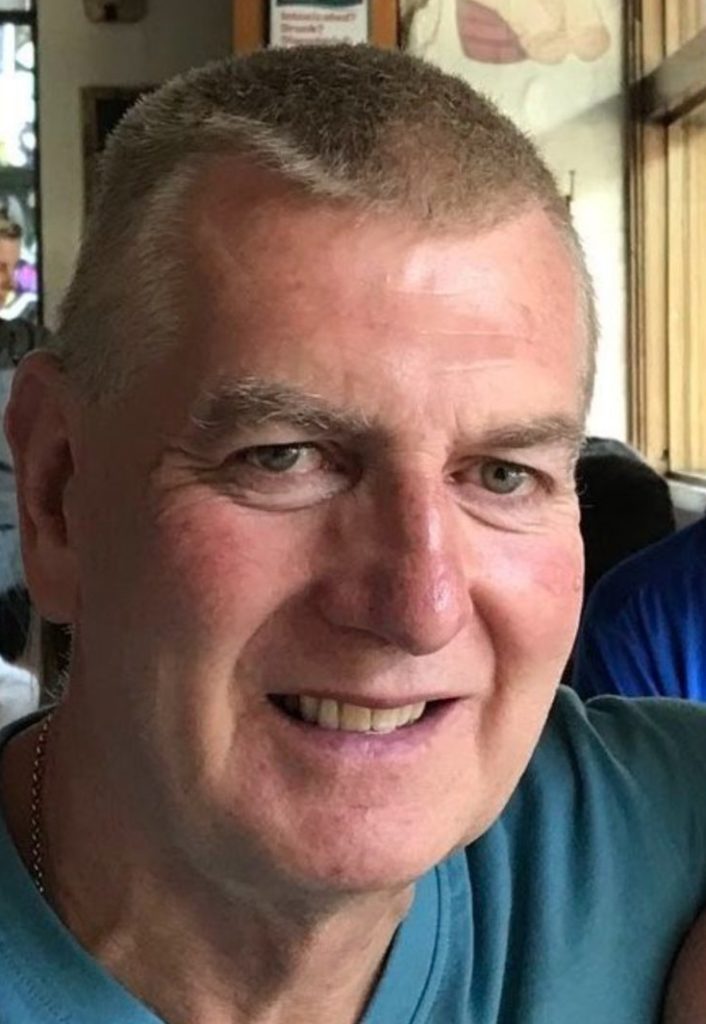 PAT Cooney, Castlewood Gardens, Pollerton, Carlow passed away peacefully on Sunday 27 September at Dublin’s Beacon Hospital, following a heroic 18-month battle with cancer. Pat, who was aged 66, was a greatly-liked member of the Carlow community. Always in good humour and wearing a broad smile, Pat enjoyed the friendship of a legion of people, which was reflected in the huge volume of condolences to his family posted on social media following his untimely death.

After his school days, he went to work with structural steel manufacturers Thomas Thompson and Sons at their Hanover plant in Carlow, where his dad worked. Pat served his apprenticeship as a draughtsman at Thompson’s. His older brother Billy was also employed in the design office at Thompson’s and in time the Cooney brothers worked together in that area of the steel company.

Subsequently, Pat went to work in Braun (Ireland) Ltd, the personal care manufacturers on O’Brien Road, when the plant opened in the mid-1970s. He was among the first group of Braun workers and spent the next 35 years at the plant, where he was a production line supervisor. Pat was a highly popular figure with all the Braun staff, many of whom attended his obsequies. He was among the last staff members to leave Braun when the plant closed.

Pat’s wife Bridget Price is from Graiguecullen and they were a very happy, united couple. Bridget was a wonderful source of support to Pat throughout his illness and has been left heartbroken at his passing. A dedicated family man, Pat was a loving and devoted father to Donna, Colin and Jamie – Jamie lives in Australia and was unable to come home for his dad’s funeral, but was able to view the funeral Mass on webcam.

Pat had a number of sporting interests. He was a dedicated Manchester United follower and had been to Old Trafford on a number of occasions to see the Red Devils play. He revelled in the team’s achievements under Alex Ferguson but had to deal with the emergence of Liverpool and Manchester City in recent seasons. But he always looked with renewed hope to United’s next outing.

He was a keen golfer and a member of Kilkea and Carlow golf clubs, where he played regularly with friends. He greatly enjoyed his golf outings, Pat’s sense of humour always to the fore.

Pat was also a long-time member of the Sports and Social Centre – formerly the CYMS – in Carlow. He had a serious commitment to the College Street sports complex, taking on the position of chairman and holding that post at the time of his death. He was a regular racquet player at the club and his playing mates had many a story to relate in the days following his passing.

Pat and Bridget enjoyed foreign travel and had been to visit Pat’s son Jamie in Australia on a number of occasions. In March 2019, they holidayed in Sri Lanka. On returning from that trip, Pat’s battle with serious illness began.

The funeral Mass for Pat was celebrated on Tuesday morning, 29 September, in the Church of the Holy Family, Askea, where he was a regular Mass-goer, being a man of deep faith and spirituality. The Mass was limited in numbers by the Covid-19 regulations.

Significant sporting symbols of Pat’s life were brought to the altar at the start of Mass: a Manchester United jersey, brought forward by Rylee (granddaughter); a golf club presented by Leona (niece); and a racquet brought up by Mason (grandson).

The readings at Mass were by Darren Cooney (nephew) and Karen Kehoe (niece), while the Prayers of the Faithful were recited by Rylee (granddaughter), Ryan (grandson), Colin (son), Keelan (nephew), Tina (sister-in-law) and Jodie (niece).

In a eulogy, Pat’s brother Billy spoke of the high regard in which Pat was held in the local community and their happy working relationship as brothers in Thompson’s. He referred to Pat’s sporting interests and his deep love of family, before saying a final goodbye to a greatly-loved brother, partner, father and grandfather.

The singing of hymns at Mass was by Louise Delaney.

Following Mass, Pat was laid to rest in St Mary’s Cemetery, with Fr Little reciting the final prayers at the graveside.