Christy Kennedy: outgoing, friendly man who was a keen sportsman and gardener 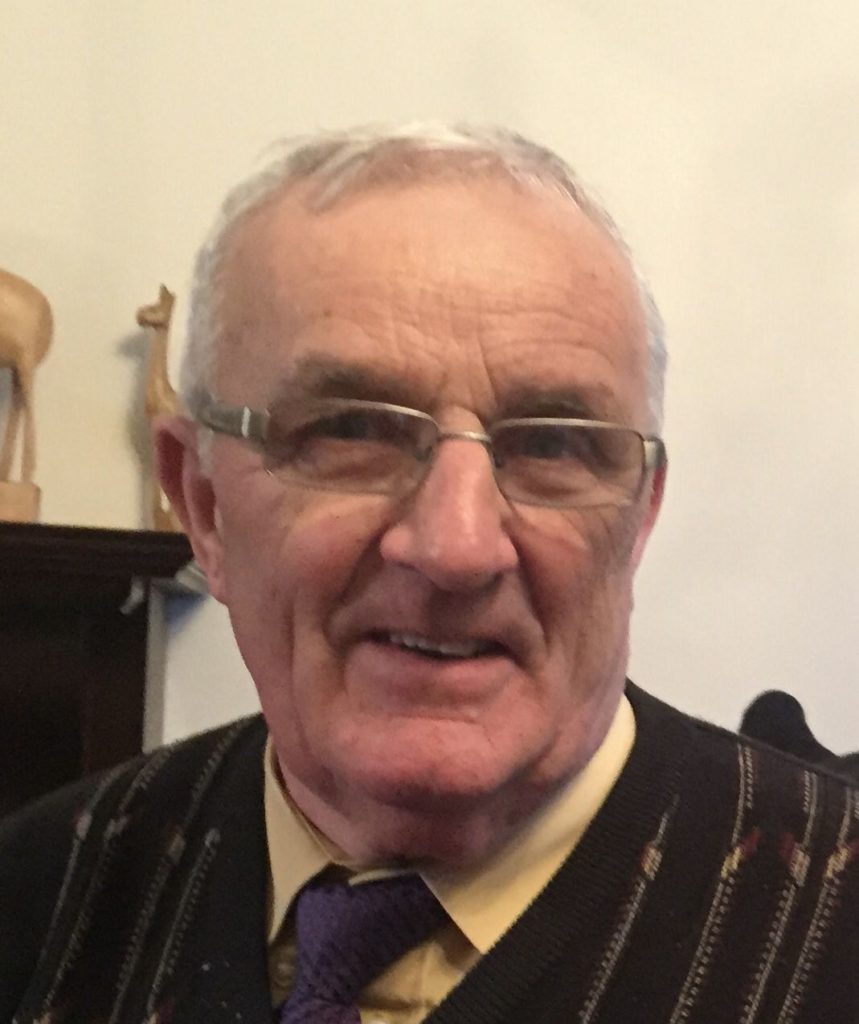 CHRISTY Kennedy, Link Road, Browneshill, Carlow died at his home on Friday 4 September, surrounded by his loving family. He was a native of Cournellan, Borris, Carlow.

Born on 30 December 1939, Christy came from a farming background. He was the second youngest of ten children, six boys and four girls, born to the late Patrick and Elizabeth (née Murphy) Kennedy. Having received his primary education in the local national school in Borris, he then attended the De La Salle Brothers Secondary School in Bagenalstown.

Christy was an outgoing, friendly man who loved people and enjoyed company. His chosen career suited his personality as a sales representative for Brooks Thomas, where he was employed for 39 years. He covered the southeast and made many friends throughout his career. These friendships were lasting and many kept in touch during his long illness through visits and phone calls. His phone was never at rest and he enjoyed each call and visit.

Christy was married to Eva O’Brien from Knock, Co Mayo, who was a nurse in St James’s Hospital, Dublin. They married in Mount Argus, Dublin on 24 August 1971 and had resided in Browneshill for the past 46 years. Christy and Eva had celebrated their 49th anniversary 11 days before his passing.

One could say Christy had three homes: Cournellan, Knock and Browneshill. Having come from a farming background, he enjoyed nature and had great respect for it. He kept a fine garden of fruit and vegetables and it was always immaculately kept.

He led a healthy life, starting with a 7am trip to the gym, home for breakfast and then ready for the day. He loved his sport ever since he started as a boy in Borris playing under trainer, the late Fr Ted Kennedy. He played for Ballymurphy, winning a Carlow junior football title in 1962 with the south county club. After promotion to the senior ranks, Ballymurphy, which nowadays is part of the Mount Leinster Rangers GAA Club, defeated O’Hanrahan’s in the 1963 Carlow football championship, before being defeated in the quarter-final.

Later, hurling became his favourite game and he passionately followed Kilkenny throughout the years. He never missed an All-Ireland final and it was always the highlight of the year if Kilkenny won.

During his long illness, Christy was nursed at home by Eva. Before illness struck, they enjoyed travelling, going on many trips to Europe and the USA, where they joined up with family members.

Christy was waked at home, where prayers were led by Fr Tom Little, PP, Askea-Bennekerry-Tinryland, a neighbour and friend of the Kennedy family.

The funeral Mass for Christy was celebrated in the Church of the Holy Family, Askea on Monday 7 September, where Fr Little was chief celebrant, assisted by Fr Tommy Dillon, CC and Mgr Brendan Byrne. Ballymurphy GAA Club formed a guard of honour for Christy as his remains were brought into the church.

A number of symbols of Christy’s life were brought to the altar at the start of Mass. These included a hurl, a family photo album and seeds to symbolise his love of the GAA, family and the land.

The readings and Prayers of the Faithful were by family members and Christy’s three children Michael, Ciarán and Aisling paid fitting tribute to their dad’s life qualities in a homily during the Mass.

The singing of hymns at Mass were beautifully sung by Josie Kelly.

Christy was laid to rest in St Mary’s Cemetery following Mass, with Fr Little reciting the final prayers at the graveside.

Christy was predeceased by his brothers Pat, Tom, John, Jim and Michael and sister Bridie Heffernan.

The Month’s Mind Mass for Christy was celebrated on Sunday 11 October in the Church of the Holy Family, Askea.