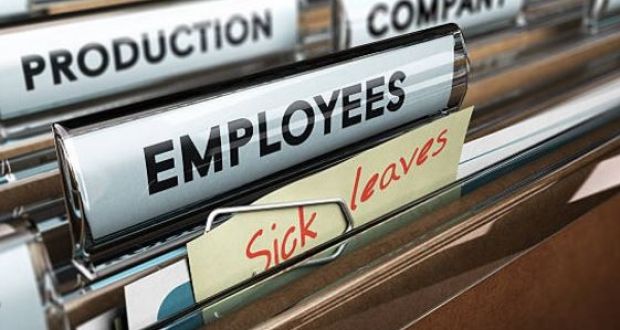 A MOTION calling for the introduction of mandatory sick pay for all workers was defeated at last week’s meeting of Carlow Co Council.

People Before Profit’s cllr Adrienne Wallace brought forward the motion urging the council to write to the Taoiseach with “immediate effect to call for all employers to introduce mandatory sick pay for all workers.

“The rise of Covid-19 cases in meat factories can be directly linked to bad working conditions, including no sick pay. The government must take direct action and bosses must put public health before profits,” stated cllr Wallace.

Cllr Wallace remarked that it was time to put public health before personal wealth and remarked that the government was prepared to lockdown three counties – Kildare, Laois and Offaly – rather than put regulations on meat factories.

Cllr John Cassin seconded the motion, while cllr Charlie Murphy recounted the terrible situation where employees in the meat factories were afraid to say they were sick because if they didn’t arrive to work they wouldn’t be paid.

Cllr Arthur McDonald remarked: “In a perfect world, sick pay would be the perfect solution,” however, he added that a lot of employers were currently “on the breadline”.

“There are struggling small businesses out there,” he added.

Cllr Michael Doran agreed with the idea of mandatory sick pay, but felt employers shouldn’t have to pay for it. He said employers were already making their contribution through PRSI and anything more would be “damaging to small businesses.”

Cllr William Paton said he was supporting the motion on “a point of principal,” but, as a small employer, he knew that for many businesses sick pay would “leave them bankrupt in a matter of weeks.”

Cllr Wallace described it as “a kick in the teeth from Fianna Fáil and Fine Gael not to support this motion,” describing it as “shameful” if they didn’t support it.

The roll call vote was then taken.