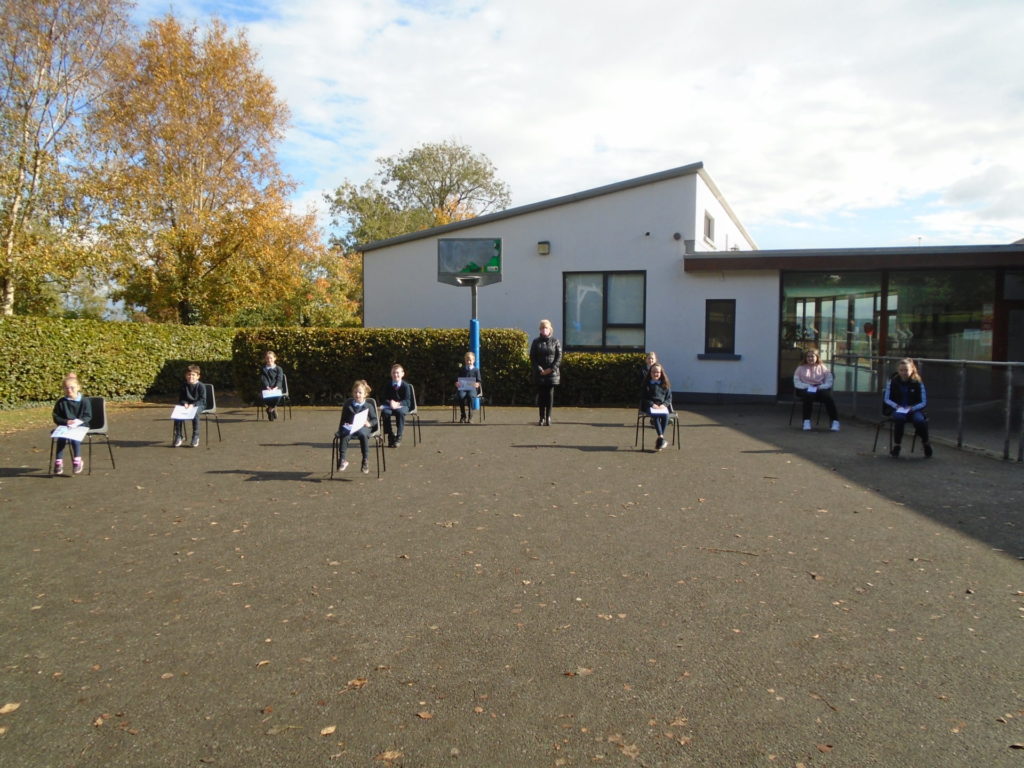 THEY may have had to wait a little longer than they thought, but patience eventually paid off for pupils at Ballinbranna NS, who held the prizegiving for their John Tyndall mural design competition recently.

“On 13 March, the first day of the school closures, we had been all set to host the prizegiving for our pupils’ John Tyndall mural design competition,” explained school principal Sandra Corrigan. “Since then, we were eagerly awaiting the chance to make this day happen.”

The school community was delighted on Friday 9 October to be able to host a special, socially distant outdoor prizegiving and welcomed the sponsor of the prizes, deputy Jennifer Murnane O’Connor, to present them. The class winners were Ruby McDonald, Mia Carter, Charlie Carter, Cathal Stedman, Dara Tunstead, Grace McDonald, Kayla Brown and Katie Geraghty Glynn. Abbie McDonald won an award for special achievement, while the overall winner was Tamzyn Tucker.

“Congratulations to the prize winners and to all our enthusiastic young designers,” said Sandra.