CARLOW’S camogie aspirations for 2020 hang on Saturday’s clash against Kerry, venue and time to be confirmed. A win will see them progress to a quarter-final against either Laois or Down but defeat means the end of their season. 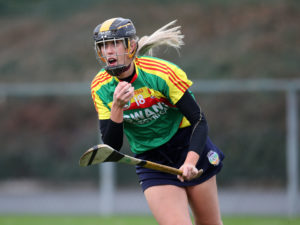 In their first round game against Antrim they allowed their opponents in for easy scores in the first half and this cost them dearly. Manager, David O’Mahony, will not need to remind the players that they have to keep their concentration from the start and not let it waver.

“There was a big wind the last time. We were fourteen points down at one stage and would be looking to start a lot better and avoid that. We would be well in it then. We had a very good performance other than that. When you trail by fourteen points it is very hard to win but we gave it a good go,” he said.

The competition was rejigged after it was confirmed that respective counties could only field one team in Championship action this year. That meant Tipperary’s second team had to withdraw from the competition and that is why Carlow are now playing Kerry.

“We knew before we played Antrim we wouldn’t be playing Tipperary. After the Antrim game we knew we would be playing the losers of Meath and Kerry,” revealed O’Mahony.

In the league, which came to a halt in March, the Royals had beaten Westmeath, Cork and Kilkenny. Kerry put it up to them in the championship losing 1-12 to 1-5. O’Mahony is braced for a formidable encounter.

“Meath were senior last year so they are a good team. That is not a bad result for Kerry. It will be tough and I expect a close game,” he said.