High drama in Visual as three councillors storm out 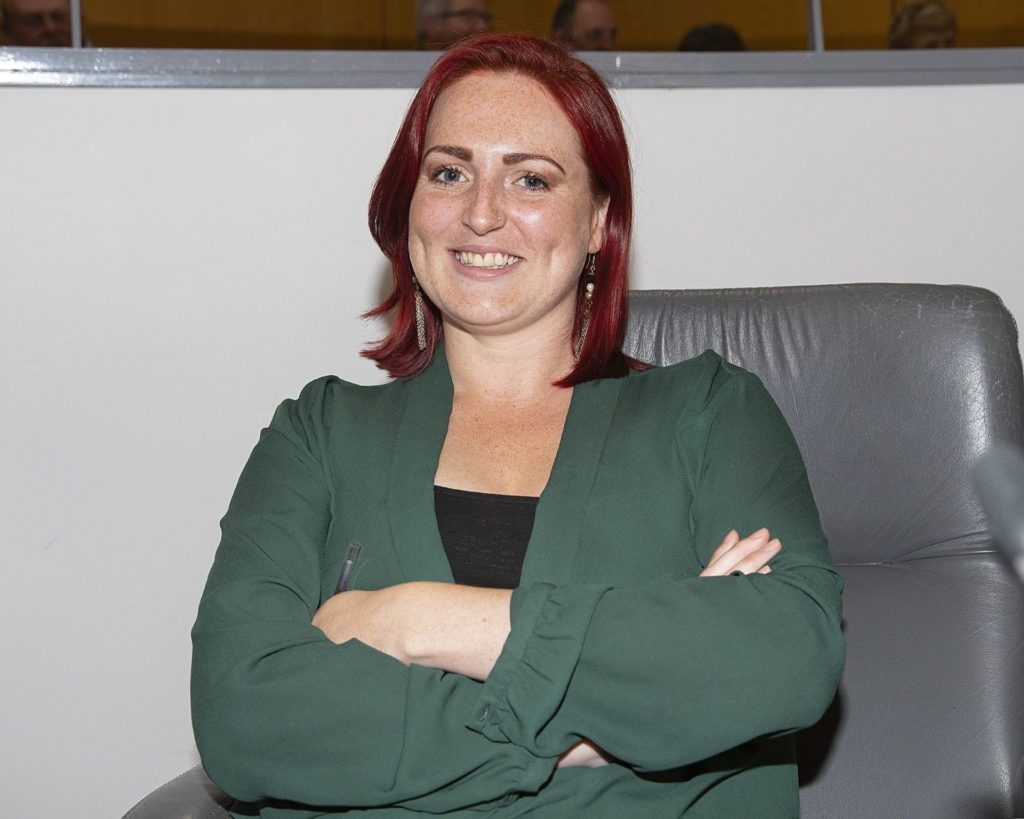 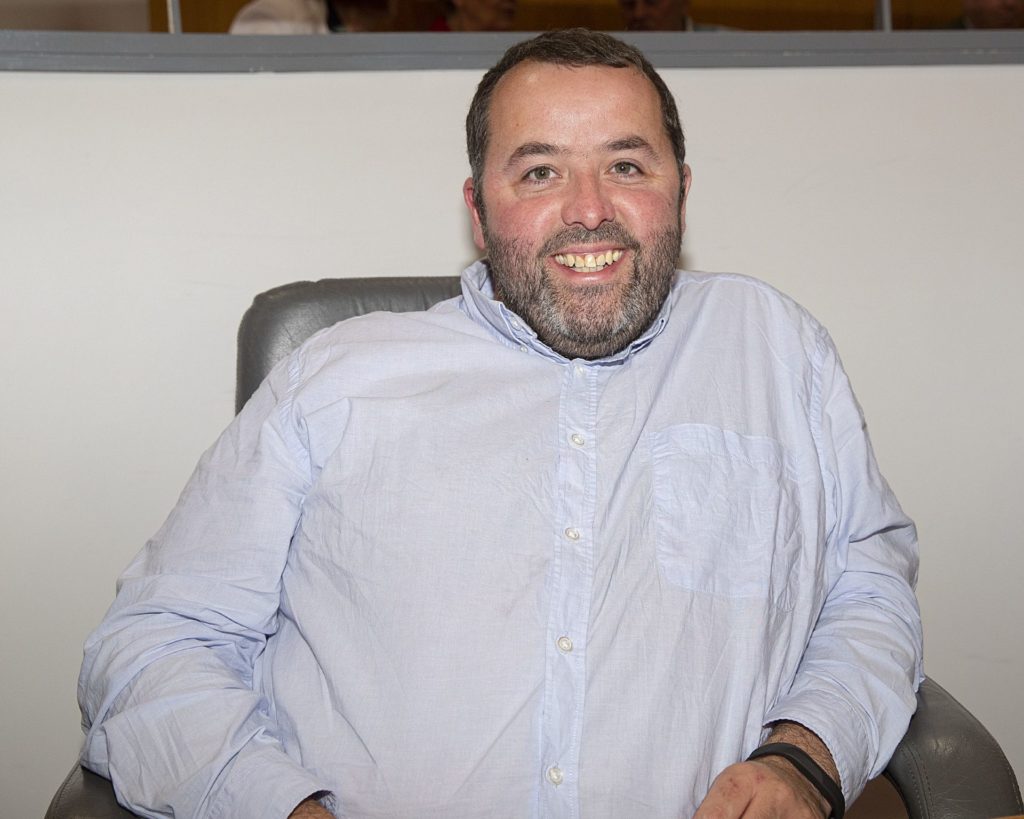 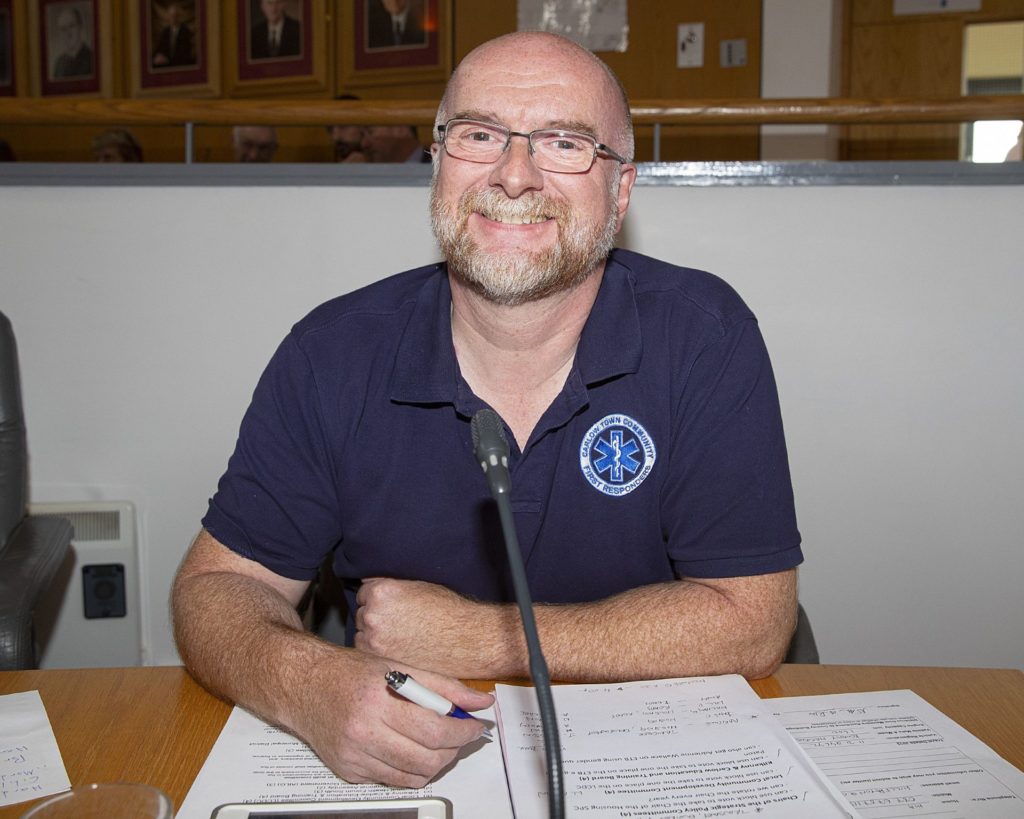 THEATRICS in the theatre at Monday’s meeting of Carlow County Council saw three councillors dramatically storm out in protest over the handling of a motion on the controversial mother and baby homes issue. Cllrs Adrienne Wallace, John Cassin and William Paton walked out of the meeting in protest over what they say was a deliberate attempt by Fianna Fáil and Fine Gael to “railroad” and “shut down” their political grouping.

Fianna Fáil’s cllr Ken Murnane remarked that he’d “had it up to here with the rhetoric from People Before Profit and Sinn Féin”, their “attention seeking and scaremongering of the people”.

The debate began with cllrs Wallace and Cassin bringing forward a lengthy notice of motion calling on Carlow County Council to immediately write to the government to demand that it unseal the files from the Mother and Baby Homes Commission. ‘This council should also outline in its correspondence that such a blanket denial of access to personal data undermines the purpose of this commission, which was to respond to complaints of unlawful interference with private and family life, denial of personal and family identity, and denial of information about loved ones who have disappeared or deceased,’ the motion read.

The motion continued: ‘Furthermore, this council should note that the commission’s denial of GDPR rights for the past two years does not mean that further denial of them by the government is justified; it means that rectifying the situation is all the more urgent. This should be dealt with in accordance with the GDPR, which provides a plethora of rights giving a person control over how their personal data is used. A copy of this motion should also be sent to every local authority in Ireland, north and south, as correspondence.’

Cllr Wallace stated that it was important the survivors’ stories were at the heart of this and heavily criticised the “shameful and indefensible closing of the files”. She urged all councillors to vote in favour of the motion, adding that the “people of Carlow and Ireland deserved a lot more”.

Cllr Cassin stated that “sealing the files was wrong” and had “reconfirmed our poor treatment of children and victims of mother and baby homes”.

Fianna Fáil’s cllr Fintan Phelan then brought forward an amendment to the motion, sparking an escalation of tension among members. Cllr Phelan proceeded to read out his lengthy amendment, which was immediately seconded by cllr Brian O’Donoghue.

Then followed a request to write to the taoiseach and minister for children, disability, equality and integration requesting the following: that the final report of the Mother and Baby Homes Commission of Investigation be published as soon as possible and include the details of the experiences of survivors in each institution; that the government provide a full state response to the finding and recommendations of the final report and publish new statutory information and tracing legislation without delay; and that survivors of mother and baby homes are given access to their personal records in a manner consistent with GDPR.

The amendment called on the Department of Children and Tusla to work with the office of the Data Protection Commissioner to ensure that the rights of the survivors to personal information about themselves under data protection legislation and the GDPR are fully respected. It also called on the government to urgently put in place a range of supports for survivors and adoptees and continue to engage in a consultation process with survivors and their representative organisations as they establish a national archive of records related to institutional trauma during the 20th century.

Cllr Phelan also called for a copy of this motion to be sent to every local authority in Ireland, north and south, as correspondence.

“That’s not an amendment; that’s a completely different motion,” immediately shouted cllr Paton. “That’s a new motion that has driven a horse and carriage through the motion before this council.”

Cllr Murnane remarked that “the taoiseach, Fianna Fáil and Fine Gael have confirmed that all that information will not be sealed”. He then said how he’d “had it up to here with the rhetoric from People Before Profit and Sinn Féin”.

Cllr Wallace responded by telling cllr Murnane to “get real and listen to the survivors”, adding dryly: “Fianna Fáil has such a good track record of telling us the truth.”

Cathaoirleach cllr Tom O’Neill then quickly moved to take the vote on cllr Phelan’s amendment, which was immediately carried by a majority show of hands without further debate.

A shell-shocked opposition grouping described the actions of the cathaoirleach as “a bloody disgrace” and “so biased”, with a series of angry remarks from both sides thrown across the chamber as the three members stood up to walk out.

“If you are not going to take your seat, cllr Wallace, use one of the four exits,” retorted cathaoirleach O’Neill as angry words continued to be exchanged.

Later in the meeting, cllr O’Donoghue made reference to Labour’s cllr Willie Quinn and paid tribute to him for remaining in the chamber when other opposition members had left.

“Some people talk about democracy, other people act it out,” added cllr O’Donoghue.