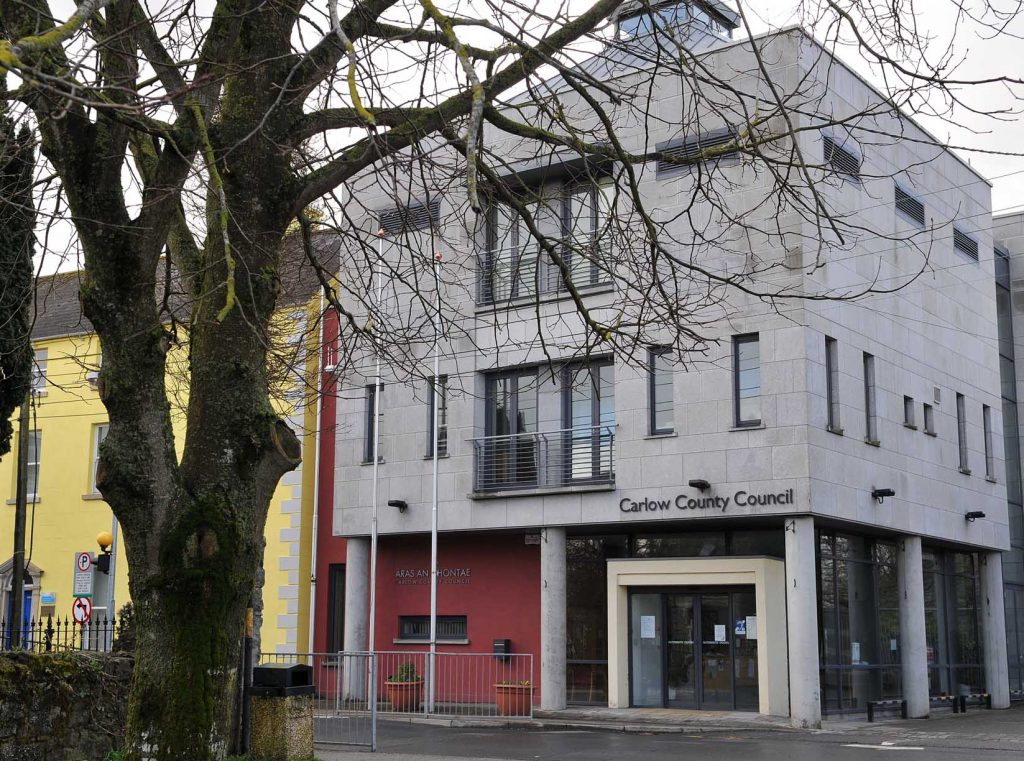 CARLOW County Council received a financial boost this week in the form of a commercial rates rebate in excess of €4 million. The financial windfall was part of the government’s July Stimulus programme, a €600m commercial rates waiver provided nationally for businesses impacted by Covid-19.

This funding was expected by Carlow County Council, but it’s unclear if it can offset the dire financial warnings issued by the council executive in recent months.

This latest tranche of funding covered 100% of commercial rates from the end of March to the end of September. In Carlow’s case, this amounted to €4,291,000, as outlined in a joint letter received last Friday by council chief executive Kathleen Holohan from minister for housing, local government and heritage Darragh O’Brien and minister of state with responsibility for planning and local government Peter Burke.

This is the second tranche of commercial rates to be rebated to local authorities across the country. Carlow County Council has so far received €4,291,000, with further payments to issue. As part of budget 2021, a further €300m commercial rates waiver was announced to cover rates to the end of the year.

Welcoming the funding, deputy Jennifer Murnane O’Connor said it was her strong belief that securing this funding had safeguarded council services for the year ahead. “I have been speaking to the minister a number of times about this and this is really good news for Carlow. This means there doesn’t have to be cuts to council services,” she stated.

Cathaoirleach of Carlow County Council Tom O’Neill also welcomed the government’s commitment of €4,291,000. “We were looking at cuts of over €2.6 million in services next year, but with this announcement I certainly hope that these cuts will not happen,” he said. “Which is very good news for the people of Carlow.”