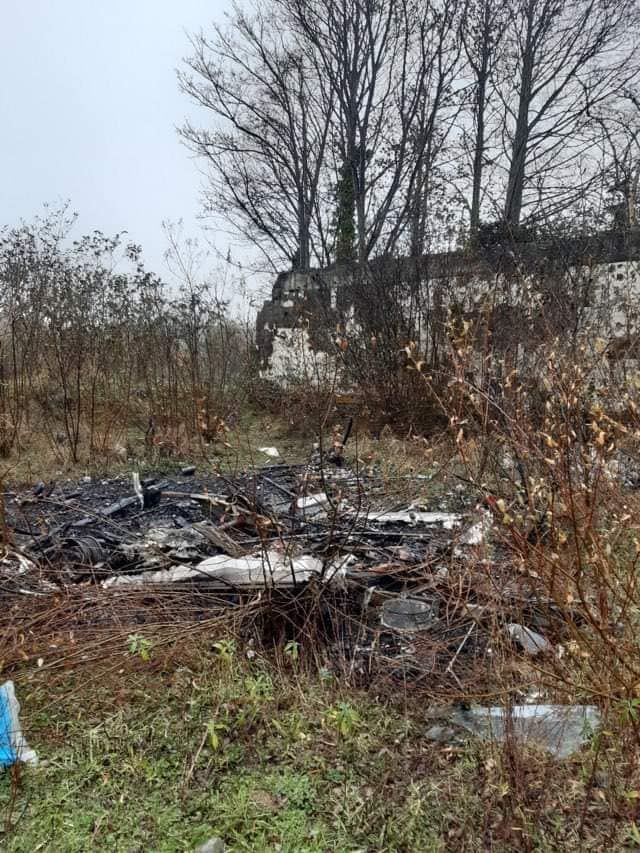 The scene where a caravan with a dog inside was burnt to the ground in a possible arson attack at Montgomery Street, Carlow last Friday afternoon

A MUCH-loved pet was savagely burnt alive in a devastating fire that has shocked and horrified Carlow town.

A caravan located on derelict ground at Montgomery Street, Carlow went on fire last Friday afternoon while the beloved dog was still inside. It remains unclear if the fire was deliberately set or not.

The recent occupant of the caravan, a 30-year-old man, was out the time, but his faithful companion – a dog reportedly named Buddy – was in the caravan when the fire took hold. It is understood that the dog’s devastated owner returned as the fire ripped through the caravan, but at that stage it was too late to save Buddy.

Two units of County Carlow Fire and Rescue Service attended the scene of the fire at approximately 2.20pm last Friday. It is understood the fire was well underway when the service arrived at the scene in Montgomery Street.

“When the fire was extinguished, we came across the remains of a dog within the caravan,” said Liam Carroll, acting chief fire officer. “We alerted gardaí to the incident and they are carrying out their investigations,” he added.

A spokesperson for Carlow gardaí confirmed that results from the scene’s crime team were “inconclusive”, meaning gardaí have yet to established if the fire was maliciously set or not.

“The results were inconclusive, so we can’t say if the fire was deliberately set or not, but we are appealing for witnesses who may assist gardaí in finding the cause of this fire,” the spokesperson stated.

People close to the situation remain fearful that Buddy was the victim of a cruel act of arson.

“It would have been quite obvious that Buddy was inside as he was protective of his home and barked and barked if anyone came near,” a source told The Nationalist. “The owner kept him in good condition … the dog was his best friend, probably his only friend.

“The reason why I decided to highlight this is to possibly cause shame or guilt to the individual(s) who allegedly deliberately did this. Not that I believe truly in my heart it will, as anyone who would do anything like this obviously has no conscience or heart,” the source added.