Larry Ryan: noted footballer and gifted DIY enthusiast who had a hunger for learning 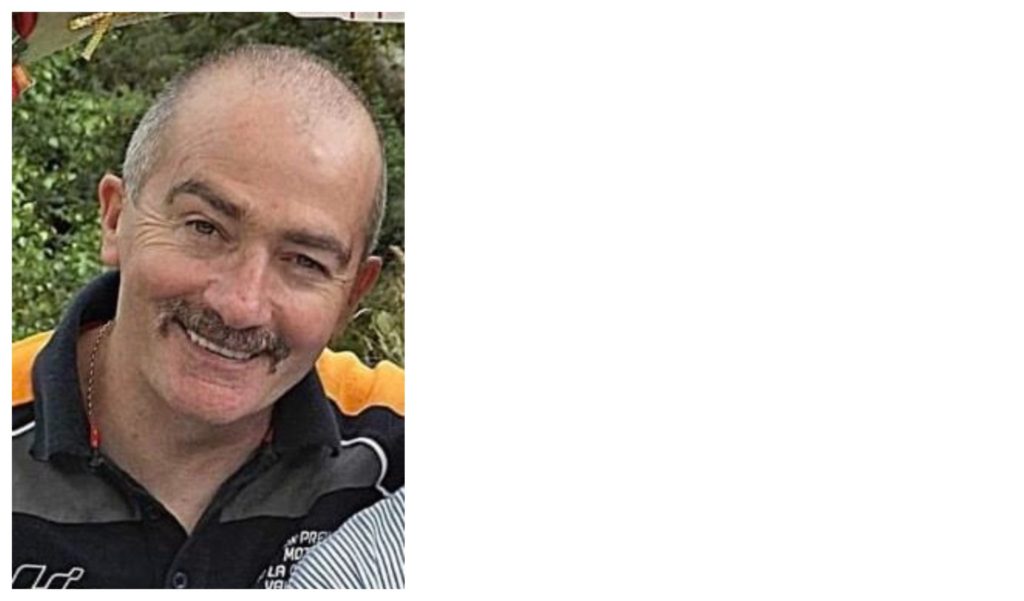 LARRY Ryan passed away peacefully at his home, ‘The Shire’, Knockdorish, Kilbride, Co Carlow on Friday 7 February at the age of 55, surrounded by his loving family.

Larry was diagnosed with cancer in September 2018, an illness he bravely battled for 17 months. During that time, he never complained. He remained positive and would remark that many people were worse off than him.

Larry was born on 18 October 1964 as a twin to brother James who, unfortunately, did not survive. He was raised at 44 St Patrick’s Avenue, Carlow and was the youngest child of the late Peter and Christina Ryan. Larry’s siblings include brothers Pat, Peter and Michael, sisters Teresa, Mary and Ann. He was predeceased by his brother John, sister Kathleen and twin brother James.

Larry went to primary school at the CBS and attended Carlow Vocational School at secondary level.

He enlisted in the Irish Army in 1982 and was based in the Curragh Camp, Co Kildare, where he worked as a signalman, primarily taking care of communications. He completed five trips to Lebanon on peace-keeping duties with the United Nations and retired after 21 years of service.

Larry married Kathleen Doyle from Roncalli Place, Carlow in 1983 and they had two children – Amanda and Nial. In 2007, granddaughter Ella was born and she took the place as daughter number two.

Larry’s first sporting love was soccer, where he played midfield and spent a lot of his time as a schoolboy perfecting his skills at the Youth Centre on Green Lane. Ned Kelly saw Larry’s natural talent and persuaded him to start playing under-age soccer for St Pat’s Boys in Graiguecullen.

Before Carlow and District Football League was established in 1986, Carlow teams played in the Kilkenny league. Larry played for Carlow Rangers and in May 1983 he scored a hat-trick to bring the winning score to 6-1 against East End B in the Division 4 cup final in Kilkenny. Larry was named man of the match that day.

He went on to play for St Killian’s, where he lined out alongside his childhood friends on the outside pitch at the Youth Centre. Larry left St Killian’s and went to play for Stretford United in a winning first official season of the new Carlow League in 1986-87. Larry scored 15 goals that season, the most important of which was the winner in the Carlow Cup final, which was held at Carlow Rugby Club in May 1987.

Larry also represented the Carlow League side in the Oscar Traynor Cup on a number of occasions. He never forgot his roots and often returned to indoor soccer, winning many a tournament. Larry played a few seasons for Castle Villa, Castledermot before returning to the Carlow League and went on to play with Walkerstown FC, with which he won four leagues. When Walkerstown FC was wound up, Larry returned to Stretford United and played for a couple of seasons before hanging up his boots.

During his time with the defence forces, Larry played soccer with his comrades on both the 6th Field Signals team, which played inter-barracks tournaments, and for the Curragh Camp team. While serving in Lebanon in 1989, Larry played on the Irish Battalion team which won the 26th Mandate Inter-Contingent Soccer Competition and took great pride in the wearing of the Irish jersey.

Larry enjoyed upskilling and always wanted to learn more and would encourage anyone he would meet to stick with their education or return to education, which he undertook himself when he studied engineering at IT Carlow after retiring from the army. Larry was a very positive person and believed in giving new opportunities and endeavours a go.

Larry also loved motorcycles, which gave him the freedom to explore the Irish countryside. He and wife Kathleen spent many a holiday biking in Europe, taking in the picturesque views of the Alps on one trip. Once the MotoGP season started, he would be glued to the television. He also attended a number of MotoGP races over the years, where he soaked up the atmosphere and the noise of the bikes, something he often said has to be experienced in person.

Larry was passionate about music and enjoyed attending concerts of all kinds, be it a big-named band or a local combo playing in town. He and his son Nial would make the yearly trip to the Rory Gallagher Festival in Ballyshannon, Co Donegal. From his teenage years, Larry was a big Pink Floyd fan and one summer’s day in Borris House, Larry met the band’s lead guitarist and singer David Gilmore.

Larry had military participation at his funeral Mass and burial, the tricolour draped his coffin in the cathedral.

Readings at Mass were by his nieces Ashling and Kiely. The Cathedral Choir provided the music. The Prayers of the Faithful were recited by his three godchildren Hayley, Craig and Owen, by his niece Elaine, Nial’s partner Tina and his granddaughter Ella.

Offertory gifts were presented by his sisters Teresa and Mary. Anthony Byrne, a retired member of the Irish defence forces, played a beautiful lament on the bagpipes after Holy Communion.

At the conclusion of Mass, a bearer party under the command of Sgt Sandra Murphy carried Larry’s coffin from the church. The funeral cortège travelled to St Mary’s Cemetery, where he was laid to rest with his parents.

Michael Thompson, a good friend and army comrade of Larry’s, recited the ***Soldiers Prayer*** at the graveside and Anthony Byrne played a beautiful rendition of ***Amazing Grace***.

Larry is deeply mourned and missed dearly by his wife Kathleen, his daughter Amanda and son Nial, granddaughter Ella, his brothers and sisters, his father-in-law Michael Doyle and mother-in-law Bridie Doyle, his brothers-in-law, sisters-in-law, nephews, nieces, cousins, relatives and friends.

A Month’s Mind Mass was celebrated for Larry in the cathedral on Sunday 8 March.