Joe Biden … a man of faith 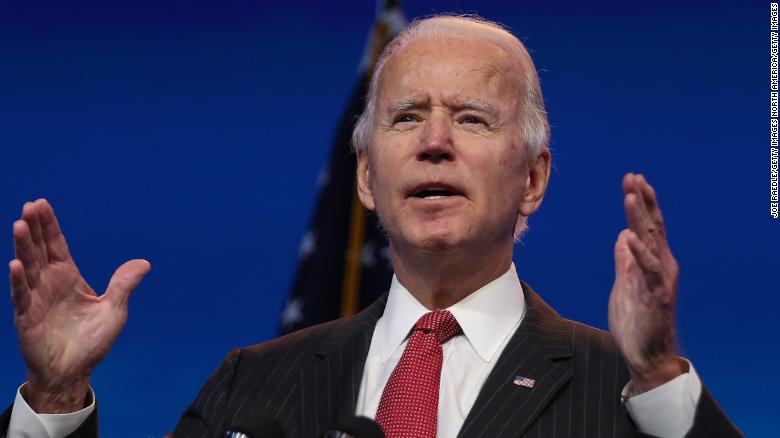 HE carries a rosary in his pocket, one that belonged to his late son Beau. On election day he went to Mass, as he does every Sunday.

In his victory speech, as he became president-elect of the United States of America, he quoted from Ecclesiastes: “The Bible tells us that to everything there is a season – a time to build, a time to reap, a time to sow. And a time to heal’ – this is the time to heal in America.”

For only the second time in US history, a Catholic will occupy the White House, when Joe Biden is sworn in as the country’s 46th president. A man of profound faith, he has pledged to restore the “soul of the nation” after four years of rancour.

At his side will be a vice-president who, as well as being the first black woman to hold the position, comes from a family that has embraced the Baptist church, Hinduism and Judaism.

Catholic bishops in the USA were quick to congratulate the president-elect, acknowledging that he will be only the second Catholic incumbent, John F Kennedy being the first.

“At this moment in American history, Catholics have a special duty to be peacemakers, to promote fraternity and mutual trust and to pray for a renewed spirit of true patriotism in our country,” said José Gomez, archbishop of Los Angeles and president of the US Conference of Catholic Bishops.

Biden’s Catholic faith is at the core of his life and is likely to shape the way he governs as president.

‘I’m as much a cultural Catholic as I am a theological Catholic,’ he wrote in his book, ***Promises to keep: on life and politics***. ‘My idea of self, of family, of community, of the wider world comes straight from my religion. It’s not so much the Bible, the Beatitudes, the Ten Commandments, the sacraments, or the prayers I learned. It’s the culture.’

Biden recently wrote: ‘My Catholic faith drilled into me a core truth: that every person on Earth is equal in rights and dignity, because we are all beloved children of God.’

As president, he added: “These are the principles that will shape all that I do, and my faith will continue to serve as my anchor, as it has my entire life.”

Several of Biden’s campaign ads featured footage of his meetings with Pope Francis. In a 2015 interview, Biden said Francis was “the embodiment of Catholic social doctrine that I was raised with. The idea that everyone’s entitled to dignity, that the poor should be given special preference, that you have an obligation to reach out and be inclusive”.

Biden has frequently shared how his faith gives him strength dealing with personal tragedies, including the death of his first wife and daughter in a 1972 car crash and again in 2015, when his son Beau died from cancer.

Anthea Butler, professor of religious studies at the University of Pennsylvania, said Biden’s language of hope and healing “speaks a lot to his Catholic faith”. She told BBC Radio 4’s ***Sunday*** programme: “I think he wants to set a tone that is not simply conciliatory, but that is faith-based.”

Kamala Harris, who will be Biden’s vice-president from January, identifies as a black Baptist with a family background of Hinduism and Christianity. She is married to a Jewish man. This speaks to the ways in which religion is fluid in America and the ways in which people are holding things together in inter-faith marriages and inter-faith families.

The world looks on with a sense of hope and expectancy for the Biden administration, to once again build positive and creative bridges where healing and reconciliation can unite a divided and fractious union. As Pope Francis so eloquently stated to the US Congress five years ago: “The challenges facing us today call for a renewal of that spirit of co-operation, which has accomplished so much good throughout the history of the United States.”

I pray for that renewal of co-operation and for the president-elect as he assumes the great honour of representing and leading the people of the USA.

Lord make me an instrument of your peace,

Where there is hatred let me sow love.

Where there is injury, pardon.

Where there is doubt, faith.

Where there is despair, hope.

Where there is darkness, light.

And where there is sadness, joy.

O divine master, grant that I may

Not so much seek to be consoled as to console;

To be understood as to understand;

To be loved as to love

For it is in giving that we receive

And it’s in pardoning that we are pardoned.

And it’s in dying that we are born to eternal life.