WHEN Connacht and Bristol Bears meet later this afternoon in the Heineken Champions Cup, two players won’t need much of an introduction.

Connacht’s Tom Daly and Bryan Byrne, on loan at Bristol from Leinster, played together for Carlow RFC from a very young age.

They were part of a side coached by John Farrell who remained unbeaten in tournaments and blitzes until they were under 13.

Also on that team was Bryan’s twin brother Ed, who was recently capped at senior level for Ireland but is unfortunately ruled out at the moment for Leinster due to an injury picked up on international duty.

The Farrell twins (sons of coach John Farrell) Bara and Ronan, who went on to play senior rugby with Buccaneers in Connacht.

Adam Dowling, who was involved in athletics at national level.

As 10-year-olds, the team travelled to France where they performed superbly and won most of their matches.

Bryan, and Ed, left Carlow RFC when they moved to Clongowes Wood to attend secondary school but Daly stayed with the club and even played for the first team aged 18 before moving to Leinster. 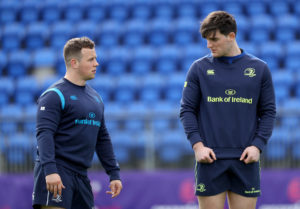 Bryan Byrne and Tom Daly when they were team mates at Leinster in 2018
Photo:©INPHO/Oisin Keniry

Daly and the Byrnes linked up once again with their home province but their careers diverged after that. Daly moved on loan to Connacht in 2018 before signing a permanent deal in 2019, most recently he kicked two conversions last week as Connacht feel narrowly short of a shock win against Racing 92. 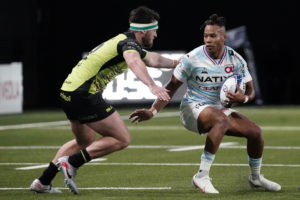 Byrne joined Bristol earlier this year and was a try scorer last week as Bristol were beaten 51-38 by Clermont Auvergne in a high scoring game. 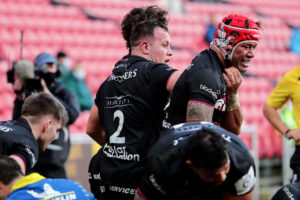 Daly and the Byrnes retain close links with the Carlow Club and regularly host training sessions for younger players in the club and attend social events their schedules allow. However, friendships will be put to one side for 80 minutes when the game kicks of 5.30pm today with both teams desperate to bounce back from those defeats last week but seeing Daly and Byrne on the same pitch again will bring some nice memories for those in Carlow RFC who remember that brilliant underage team all those years ago.