Driver fined by Carlow gardaí for breach of Covid regulations 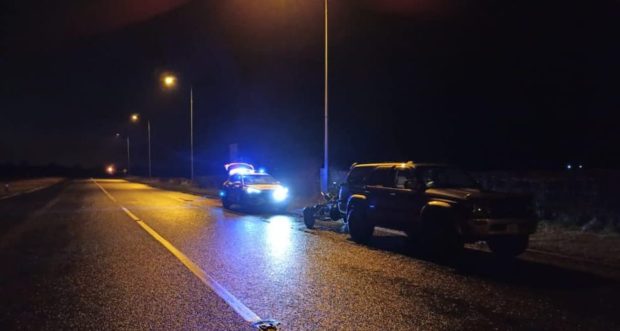 A driver who was found driving over 100km from home by gardaí in Carlow had his car tax and NCT dated back to 2015.

Members from Unit B in Carlow were carrying out a checkpoint last night as part of Operation Fanacht on the Dublin Road.

They stopped a vehicle and found that he had had no valid or road tax. The individual was also towing a trailer without lighting and was in breach of the current Covid-19 5km travel restriction as it was not an essential journey.

The driver was also in possession of a controlled substance and was under the influence of an intoxicant, testing positive for cannabis. The person was arrested and car and trailer seized. The driver received an on the spot fine of €100 for the Covid regulations while they will face further prosecutions of the road traffic offences.