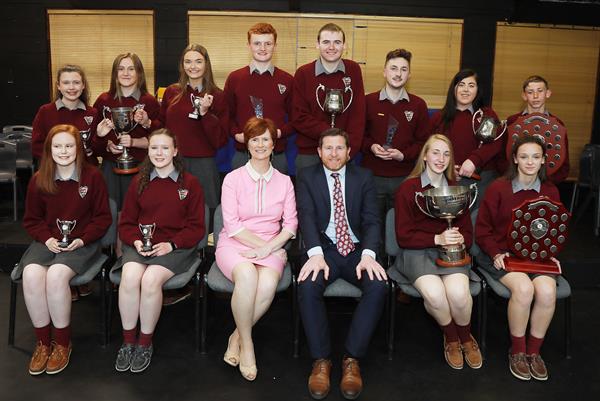 PRESENTATION de la Salle College in Bagenalstown has topped the 2020 schools league table in Co Carlow for having the highest percentage of students going on to third-level education.

The feeder schools table, published by the Irish Times on Friday, shows the Bagenalstown school had 92% of its 118 students progressing to third level. Principal John Keane said the figure was similar to last year’s but that the school doesn’t measure its success on such statistics.

“As a school, we don’t look at feeder schools tables for a measure of our success, but we are delighted, too,” the principal told The Nationalist.

“Last year we had a very hard-working class and we can see that their work paid off; thanks also to a competent teaching staff. We had a strong and interested group of students, who went through a difficult year. We also had a number of students who entered into the world of work directly and others who went on to do apprenticeships. We always focus on our students and their needs – that’s what’s important.”

In fourth place is St Mary’s Academy CBS, Carlow, followed by Knockbeg College and St Leo’s College. Borris Vocational School is in eighth place, with Coláiste Eoin, Hacketstown in ninth position. Seven of Coláiste Aindriú’s 12 leaving cert students went on to third-level education, putting it in tenth place on the league table, while 54% of Tullow Community School’s young people went to third level and 11 students from Tyndall College, Carlow continued their education at the next level.