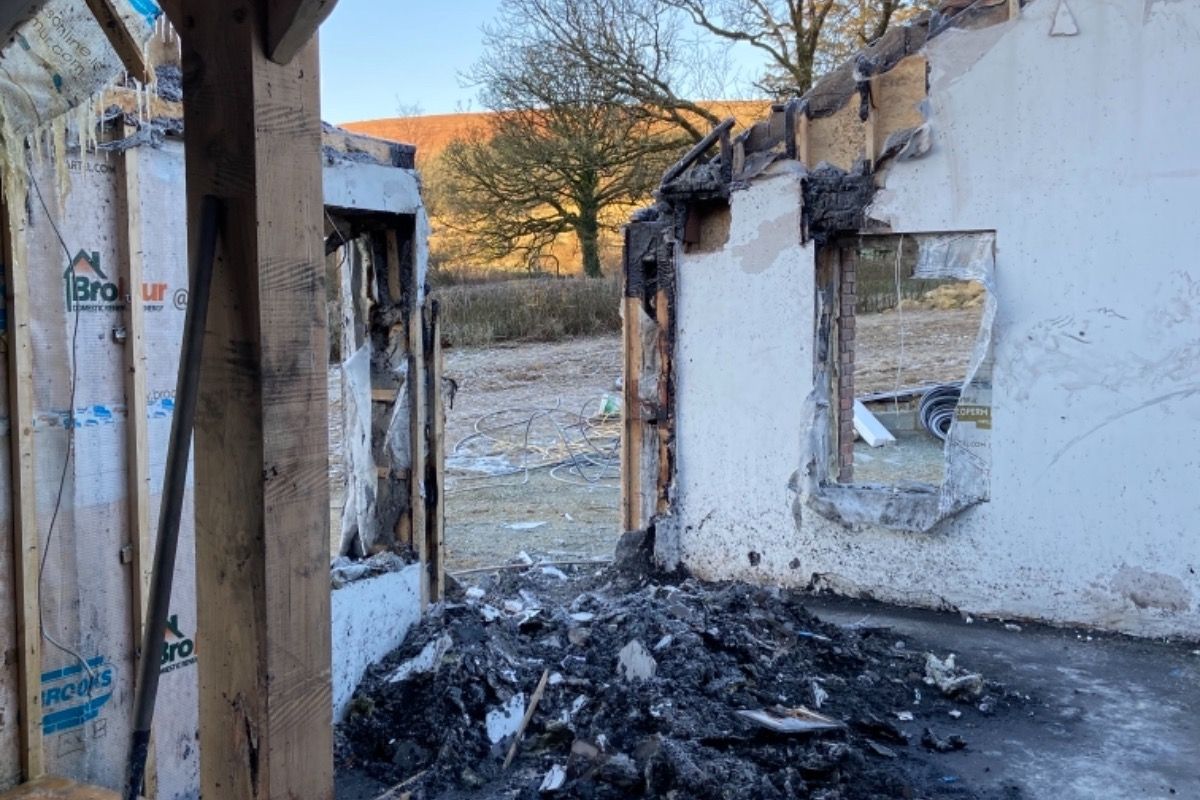 A FAMILY with three children have been left “overwhelmed” when their home burnt down in the early hours of Thursday morning, but within the space of just four days more than €80,000 was raised by the local community and beyond to help the stricken family.

Mick and Aisling Morris had almost finished building their new home at Asknagap near Hacketstown when it was badly damaged after a fire broke out at approximately 2am on Thursday morning. The scene was attended by firemen from Tinahely, Hacketstown and Baltinglass.

Mick had been putting the finishing touches to the house ahead of the family moving into it in three weeks’ time when the disaster struck. Mick and Aisling and their three children were left devastated, but as word of the fire got out in the community, family friend Edel Byrne set up a GoFundMe page. Within a day, the target of €40,000 was reached. And within four days, that was doubled and it now stands at €87,649.

The Morris family have been “overwhelmed”, first by the disastrous fire ruining their dream home and then by the extraordinary generosity of their community and beyond.

‘Ash and Mick have been overwhelmed and incredibly grateful by the immense support of their local community and surrounding areas. Many people have been reaching out wanting to help in any way they can,’ Edel explained on the GoFundMe page. ‘(The house) has been a labour of love that took them to Australia and back over the last ten years. Our hearts are going out to Mick, who has been working night and day on his dream home; to come so close to moving in and for this to happen is devastating.’

They are now trying to process what has happened to them in the past few days, but are thankful that no-one got hurt in the blaze and are extremely grateful to everyone who has helped them out.
‘Thanks so much to everyone, the incredibly generous donations in such a short space of time have been overwhelming! We can’t believe it … from the bottom of our hearts, thank you, from all the Morris and Byrne families,’ the family said.

To donate, go to the www.gofundme.com/f/help-ash-mick-rebuild-their-home.