Covid vaccine tracker: How does Ireland’s rollout compare to other countries? 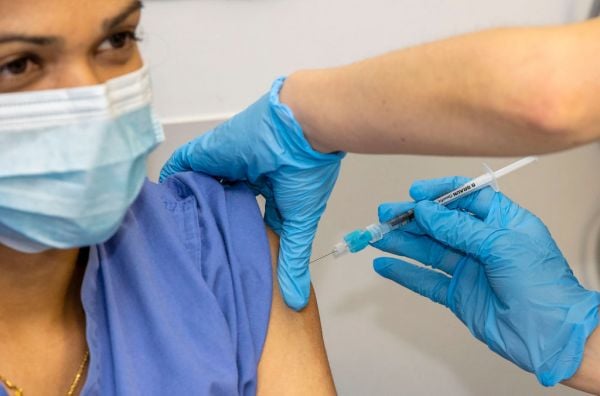 More than 190,000 people on the island of Ireland have received their first Covid vaccine, just five weeks since the roll-out began in Belfast.

The Republic has administered 77,303 Covid vaccines so far, equating to 1.55 per cent of the population.

Northern Ireland is the part of the UK with the most effective vaccine rollout currently, with 114,567 first doses administered and 6 per cent of the population inoculated.

At a briefing on Thursday afternoon, HSE chief executive Paul Reid said 69,378 of the doses in the Republic were given to frontline healthcare workers and 7,925 were received by people in long-term care facilities.

When comparing the roll-out to the rest of world, Ireland is performing relatively well.

The table below, using official statistics collated by Our World in Data – an online scientific publication linked to Oxford University – shows the percentage of each country’s population vaccinated with at least a first dose.

As it stands, Ireland has administered the sixth most Covid-19 vaccines in the European Union per capita. The latest data for the State go up to January 13th– the HSE plans to give daily updates on vaccination numbers from this weekend onwards.

Denmark has the most effective roll-out in the EU so far, with 2.23 per cent inoculated.

The United States has given the most doses overall, with more than 10 million, while Israel has administered two million.

Israel, the United Arab Emirates and Bahrain top the global list when the figures are broken down by population. They have given Covid vaccines to 23 per cent, 14 per cent and 6 per cent of their populations respectively.

Most countries are prioritising the over-60s, health workers and people who are clinically vulnerable.

The Government here expects that at least four million people in the State will be vaccinated against Covid-19 by the end of September.

Projections sent by Minister for Health Stephen Donnelly to TDs on Wednesday night said that while 700,000 people will be vaccinated by the end of March, the Republic now expects to receive some 3.7 million doses between April and the end of June and a further 3.8 million between July and the end of September.

However, the head of the Government’s vaccination task force acknowledged on Friday that it may have to adjust its plan because of a decision by manufacturer Pfizer to reduce deliveries in Europe as it scales up its plant in Belgium.

Prof Brian MacCraith told RTÉ that he still had “a high degree of confidence” about deliveries, but was awaiting more details from Pfizer so that he could be more precise.