BERNARD Horohan has been confirmed as the new manager of the Under 20 Carlow football team. 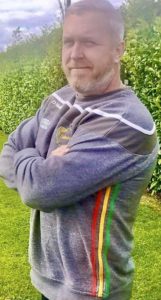 The O’Hanrahans clubman previously managed the Carlow Under 16 and 17s squads in 2018 so he will be very familiar with the group of players from which he will choose from.

Horohan is also well known through his business, Tile ‘n’ Style, and is a big supporter of Carlow GAA.

Quite when Horohan will be able to get to work with his players remains unknown. All GAA activity is on hold until the end of the month at least due to the Covid related regulations. The Leinster Under 20 Football Championship is scheduled to be a knock out competition starting on the first weekend in April.