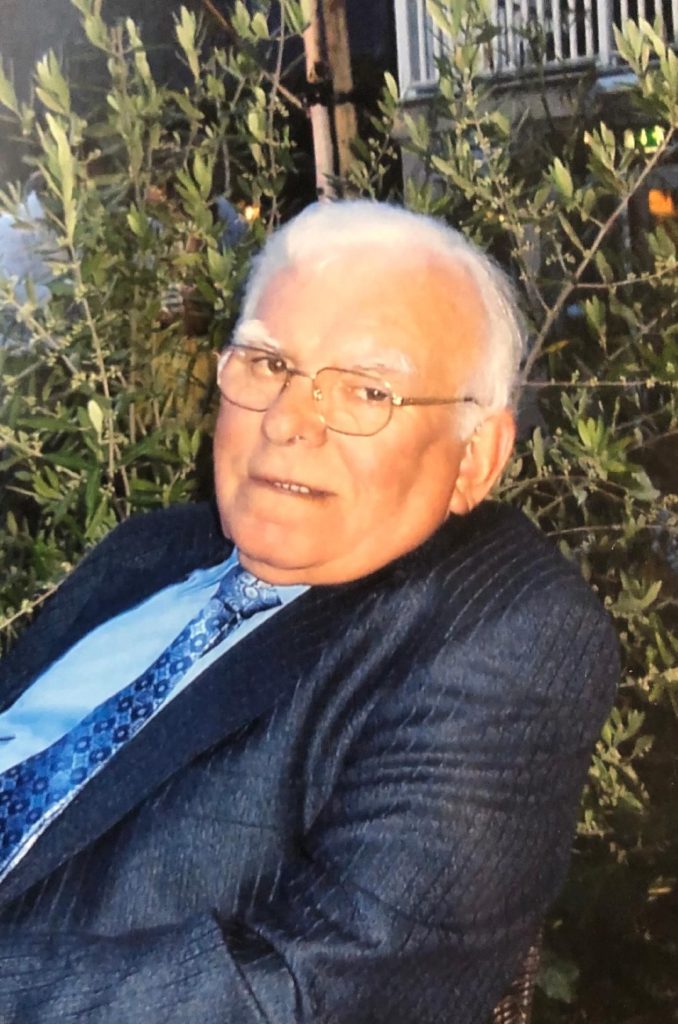 DENIS (Denny) Murphy, Cloghna Lane, Milford, Co Carlow passed away peacefully at St Luke’s Hospital, Kilkenny on Sunday 29 November. He was a well-known and popular man remembered in the highest regard in the Carlow area for spearheading a sustained fundraising campaign for the Holy Angels Day Care Centre.

Denny, who would have celebrated his 87th birthday on 26 January, was a native of Ballybannon, Milford, Carlow. He was one of a family of six children of the late Paddy and Esther (née Walshe) Murphy and is the first to pass away.

Denny spent some 40 years of his working life with the Irish Sugar Company in Carlow, rising to the position of machinery sales manager with Armer Salmon, the beet harvesting manufacturing arm of Irish Sugar.

Always an industrious man, after his school days Denny began his working life with the L&N store on Tullow Street, Carlow and later sold groceries to people from a travelling van. He joined Irish Sugar at the lowest rung and worked his way up to lead the sales team by dint of hard work and his flair for sales.

The life of Denny Murphy was summed up in a fine, worthy eulogy to him by daughter Maree during his funeral Mass in St Joseph’s Church, Tinryland on Wednesday 2 December. Maree told the congregation, limited in numbers by Covid-19 restrictions, that a phrase the Murphy family had heard consistently over the last few days in relation to Denny was ‘a true gentleman’, which the family regarded as a well-deserved description.

Maree stated: “Dad embraced life to the full and always had a positive attitude – nothing was ever impossible. He was a ‘people’s person’ and was never happier than when in the middle of a crowd.

“He was a very involved member of the community and a particular cause that was close to his heart was the Holy Angels Day Care Centre. He spent many years as an active member of its committee and fundraised tirelessly for the centre.

“He was a proud member of Milford GAA Club and played a strong part in getting the clubhouse built, being honoured to have turned first sod for the new building in 2010.”

Maree said Denny’s working life was hugely important to him – “a part of the job he really enjoyed was the many years he spent travelling for Armer Salmon. Denny spent many years travelling in Iran, Spain, France, Greece and Turkey and Europe in general and regaled us with many a tale on his return.

“After his retirement, his real passions came to the fore. He got great pleasure from his garden and his glasshouse and was never happier than on his tractor in the field. He also enjoyed a day at the races with his friends, attending many race festivals, including Cheltenham and Galway, on a yearly basis. Arnold Mahon, his late wife Ursula, Pat and the late Breda Somers were Denny and Breda’s regular travelling partners to the Galway Races every August.”

Unfortunately, said Maree, two major events in his life affected Denny deeply. “Firstly, the death of our brother Pat, aged 47, in 2005, which had a profound effect on him. Then in 2010 he suffered a stroke, which robbed him of one of his greatest assets – his voice. This was a huge blow to him, but his inner strength and positivity and strong will helped him to overcome the many challenges ahead.”

Daughter Maree said: “Dad was known far and wide – so much so that whatever we got up to, be it good or bad, it got back to him.

“A huge part of Denny’s life was his beloved wife, the former Breda Walshe from Graiguecullen. They were lifelong partners, having been married for almost 65 years. He was a wonderful dad, grandad and great-grandad.”

Maree thanked everyone who helped Denny over the last few years, his GP Dr Catherine Elliott, Dr Niamh Gallagher and all of the staff at Gallagher’s Medical Centre, who had been so kind and looked after him so well. She had a special thank you to the Carlow/Kilkenny Homecare Team – Anna, Caroline and Debbie – who gave him such great attention and care over the last few weeks. Also, all the wonderful staff in St Luke’s Hospital.

She added: “The family would also like to give a special mention to his many great friends, who have been particularly good to him since he had his stroke ten years ago.”

Maree also mentioned the sad fact that Denny’s sister Betty and two of his grandchildren, Luke and Sara, were unable to be with the family to say goodbye.

Concluding her tribute, Maree said: “Thanks for the memories, Dad, rest in peace.”

Denny reposed at home before removal of his remains to St Joseph’s Church, where Fr Tom Little, PP, Askea-Bennekerry-Tinryland celebrated his funeral Mass.

Readings at Mass were by daughter Edwina and brother Michael, while Prayers of the Faithful were recited by granddaughters Sarah and Aoife. The Offertory gifts were brought forward by Cliona (granddaughter) and Lee (grandson).

Following Mass, Denny was laid to rest in the adjoining cemetery, with Fr Little reciting the final prayers at the graveside. His coffin was carried to the graveside by six of his seven grandsons.