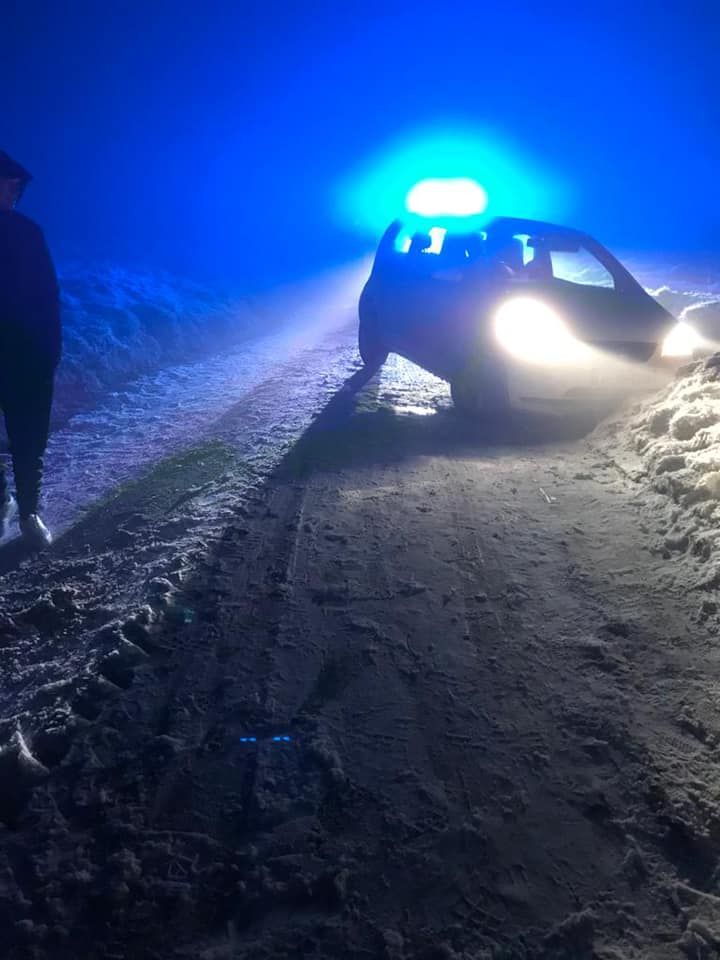 A MOTHER and her two small children found themselves perilously close to falling hundreds of feet off the edge of a ravine at Mount Leinster when their car became trapped in a snowstorm.

The terrifying experience was recounted by cllr Willie Quinn as members were discussing the issue of day trippers become trapped on the mountain in poor weather conditions and emergence services having to come to their aid.

Several times during the recent cold snap, Carlow Fire Service and Carlow Civil Defence had to assist families trapped on the mountain and left stranded when snowstorms struck.

Raising the issue, cllr Tommy Kinsella said that “sightseers were travelling up to the Nine Stones in treacherous conditions” at a time when even “local farmers won’t go up there unless with a tractor.

“Despite all the advice and the warnings, they travelled up there and as a result the civil defence had to go out to assist them. In one case, it really was a life or death situation, when a car was stuck on the edge of a 2,000 foot drop … they are putting their own lives and the lives of other people at risk,” stressed cllr Kinsella.

He then asked that the road be blocked at certain times of the year or for by-laws to be introduced.

“A lot of people’s lives are being put at risk and we have to take action … and I can tell you that an awful lot of the people up there were more than five kilometres away from their home. We need to do something immediately,” added cllr Kinsella.

Cllr Arthur McDonald complimented Bagenalstown Fire Service for their action in helping to rescue people, but he was heavily critical of people travelling up to Mount Leinster to get photographs of the snow, then posting them on social media.

“That is totally irresponsible. The road should be closed and most of the people up there are from way outside the 5km … name and shame them,” suggested cllr McDonald.

Cllr Quinn then recounted the situation of a mother “with her two children in the back seat” in a very serious “treacherous situation” on the edge of a steep ravine in the snowstorm.

He urged the council to look at placing a barrier on the road that would only be accessible to people with land and stock.

“We’ve been down this route so often; action has to be taken. Local people don’t even go up there in bad weather, they know the area too well,” he stressed.

Director of services Padraig O’Gorman confirmed two incidents in recent weeks where emergency services had to go to the aid of “several cars” and in one case 35 and in another case 24 people, including large numbers of children, that were trapped on Mount Leinster.

“It was a distressing situation and we were happy to be able to assist them and escort the people down from the mountain, It is important that members of the public feel confident to be able to ring for help in an emergency situation and this was a very serious situation,” stated Mr O’Gorman.

He added that the council would have to look at the situation and build plans for the road into their winter plan, pointing out that the road was actually the “second-highest road in Leinster.

“The message is for people to listen to the warnings and during this lockdown to stick to the 5km restrictions,” concluded Mr O’Gorman.