Gardaí ramped up checkpoints and patrols at the weekend 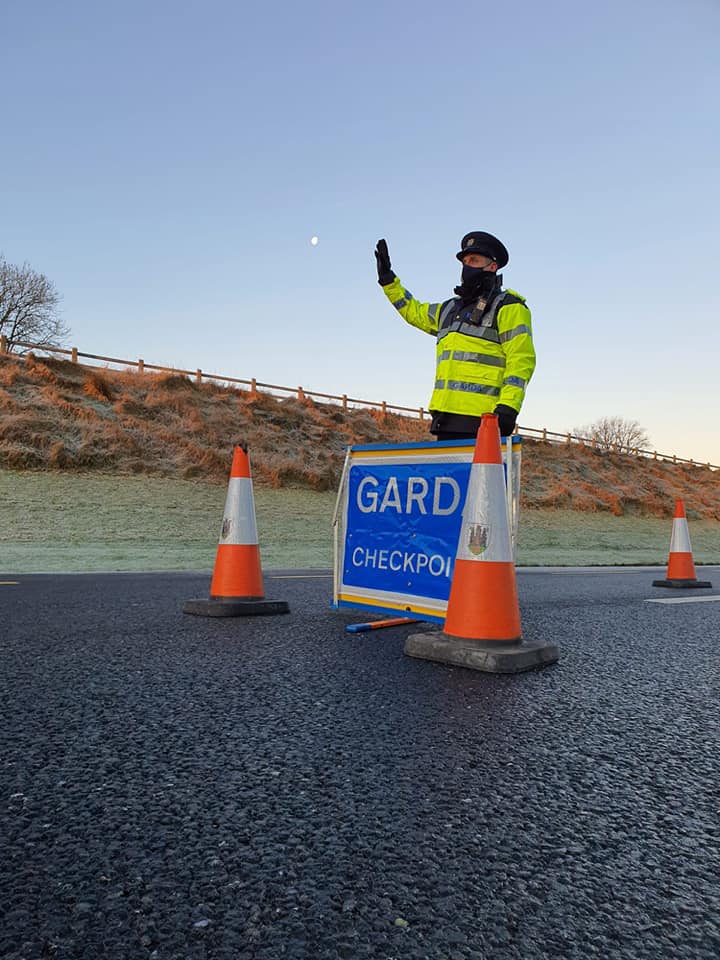 By Elizabeth Lee
GARDAÍ were out in force over the weekend around Co Carlow to enforce the strict Level 5 travel restrictions. Under the regulations, people are not allowed to travel more than five kilometres from their homes for non-essential reasons.
Over the weekend, gardaí focused their attention on the main routes into the county and paid particular attention to the Kilkenny, Wexford, Athy and Dublin roads. On Saturday alone, an eight-hour checkpoint was set up at Ballyvergal on the Dublin Road, while there were also rolling patrols across the county.
On Saturday, there were 18 checkpoints at various stages throughout the county, while there were 15 of them the following day. There were almost 40 rolling patrols surveying the county on Saturday, while there were 30 on Sunday.
Numerous motorists were asked to turn back and return home, but the actual figures of how many fines were issued were not available today, Monday. One driver was reportedly discovered 80km from his home in Tullow on Sunday when he was stopped by gardaí in Glencree, County Wicklow.