Thoughtful Isabella will lose her lustrous locks for kids’ charities 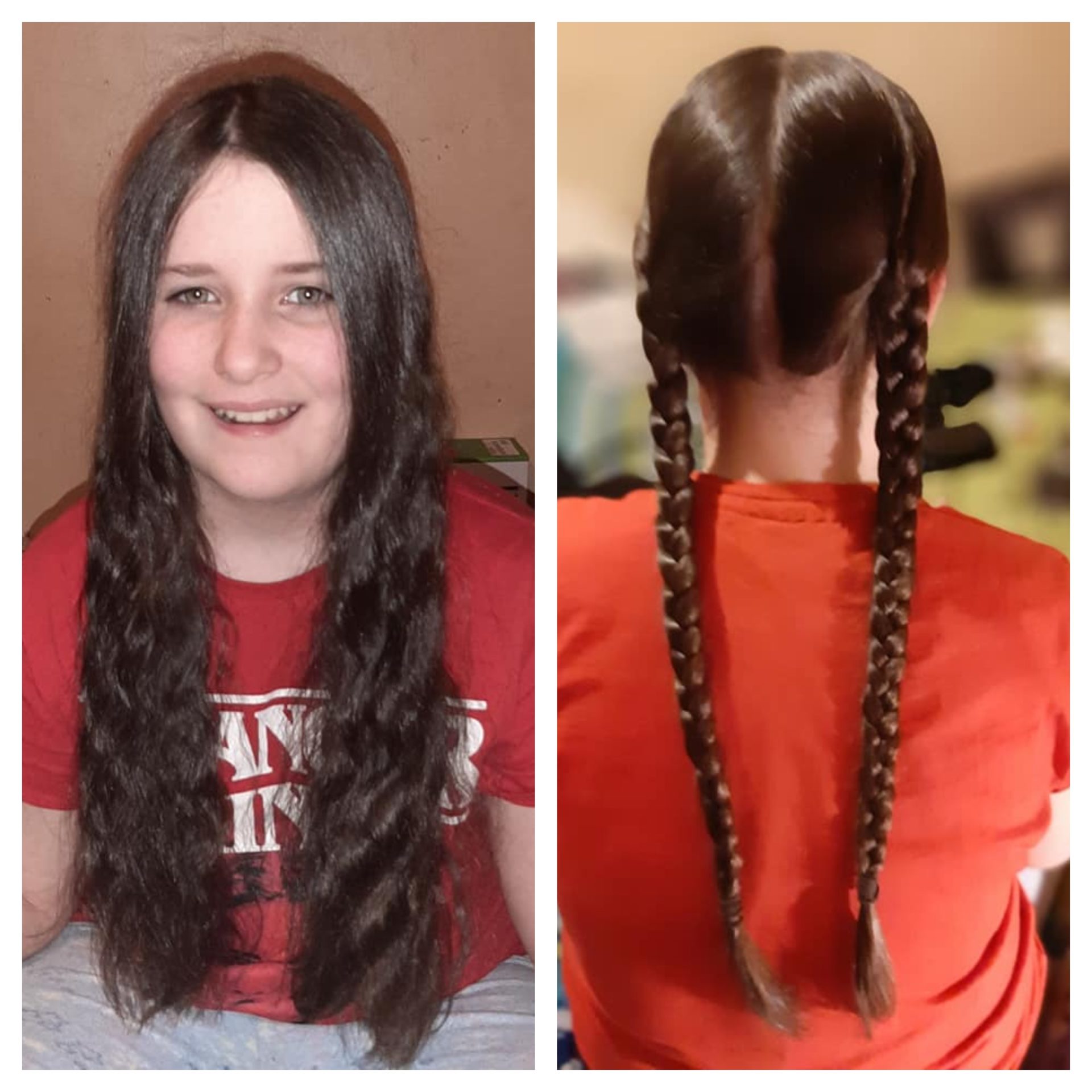 A TEN-YEAR-OLD girl from Carlow town is willing to sacrifice her long, lustrous locks to help children less fortunate that herself.

Isabella Carbery from Mount Leinster Park, Carlow has 14-inch plaits because she’s been growing her hair out for years. She wants to get the whole lot chopped off so she can donate the hair to the Rapunzel Foundation, a charity that makes wigs for children undergoing cancer treatment. Due to the lockdown, Isabella can’t visit a hair salon, so while she’s waiting for restrictions to lift, she’s appealing to people to make a donation to LauraLynn, the children’s hospice.

Her inspiration for doing such a bold deed is her father Tucker Carbery, who passed away from cancer when she was just four years’ old.

“Isabella has been planning this for years. She refused to get her hair trimmed because she wanted it to be a good length. I got my head shaved after Tucker passed away and Isabella remembers that. She also saw a programme on television about children getting treatment for cancer and how they need wigs. That’s where she got the idea,” her proud mother, Derbhla Carbery told ***The Nationalist***.

“She doesn’t mind getting her hair cut because she says that it will always grow back. She’s the kindest child, she’s very giving. She’s my one in a million,” said her proud mum.

The plucky schoolgirl, who is in fifth class at Askea GNS, has raised almost €500 so far for the LauraLynn hospice and will keep the appeal open until she gets a chance to get her tresses lopped off!

To donate to LauraLynn, go to Derbhla Carbery’s Facebook page for further information and updates.