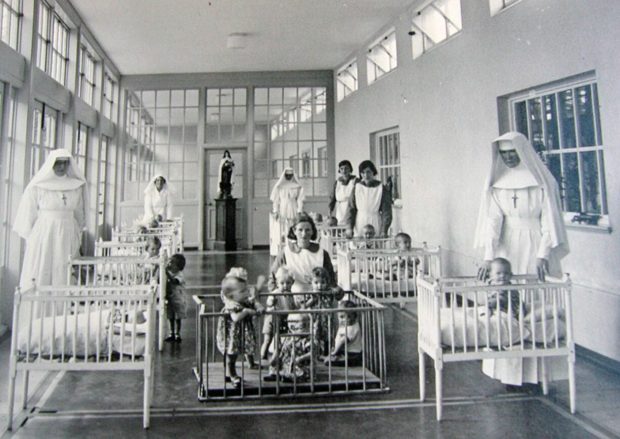 MORE than 600 Carlow women were admitted to mother and baby homes, according to last week’s controversial commission of investigation report.

Women with Carlow addresses are recorded as being in mother and baby homes right across Ireland, including Bessborough in Cork, Tuam in Co Galway, Dunboyme, Co Meath, and St Patrick’s in Dublin. The institutions were mostly Catholic-run, where unwed mothers were sent to deliver their babies.

A significant number of Carlow women also passed through what was essentially the county’s own mother and baby home, the County Home. This was the former Sacred Heart Home and Hospital on Barrack Street, which operated between the 1920s and the 1970s. However, there are no known records of how many women passed through its doors or what became of the children there.

The Commission of Investigation into Mother and Baby Homes has been widely criticised by survivor groups, who say its findings have caused further trauma. The report said there was little evidence of forced adoption or that babies were sold for adoption, compulsory work in the mother and baby homes, or mistreatment of girls and women and their children. This is contrary to testimony that was provided by survivors.

One woman who sent information to the inquiry was Kathleen Sullivan. Kathleen was born in St Patrick’s on the Navan Road in Dublin in 1954 to Mary Sullivan from Bennekerry. A year later, Kathleen and another boy were adopted from St Patrick’s by a US couple for £10,000.

Kathleen listened to taoiseach Micheál Martin’s apology over the phone last week with her Carlow cousin Maureen, whom she only discovered four years ago.

“They are being forgotten about in the report. It says there is no proof they were sold. There is proof. Their flights were paid out, someone was paid to go on the journey and then held in a holding room until the adoptive parents collected them,” said Maureen, who is a Magdalene Laundry survivor and is campaigning on behalf of her cousin, who has never been to Ireland. “She remembers that all through her childhood. Why would she make that up? It’s very painful, very hurtful. Talking to her, she sounded like a broken woman. There are many people in Carlow hurt by this.” 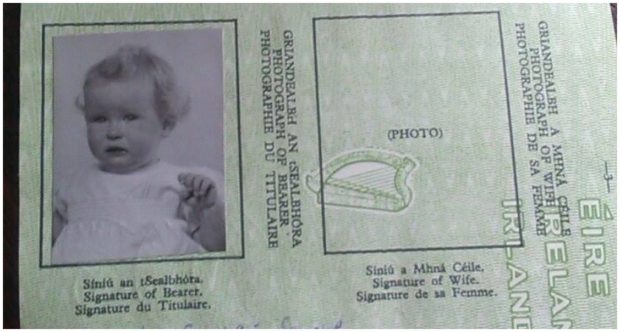 Maureen will be part of an online meeting featuring local survivors of Church and state abuse. It takes place on this evening 7pm and will be chaired by cllr Adrienne Wallace through her Facebook page.

Deputy Jennifer Murnane O’Connor has also called on the chief executive of Carlow County Council, Bishop Denis Nulty of Kildare and Leighlin and the HSE about searching their archives.

“I am requesting that our local bodies search their archives for documents pertaining to the County Home, the Workhouse, including the Workhouse cemetery, or any other information that may relate to the county of Carlow which could then be released to the relevant authorities.

“This report most certainly does not herald the conclusion of the state’s responsibilities towards the survivors. The survivors are first and foremost in my thoughts and there is more needed to be done,” said deputy Murnane O’Connor.

The commission of investigation covered the years between 1922 and 1998, but the majority of mother and baby home admissions nationally took place in the 1960s and early 1970s.

Most Carlow women went to the Seán Ross Home in Roscrea. A total of 273 women with Carlow addresses were admitted between 1931 and when it closed in 1969. The average age of women on admission was 22 and around 18% of babies born in the home died. There were several outbreaks of diphtheria at the Seán Ross Home in the 1930s and 1940s. Many mothers did unpaid nursing work in Roscrea fever hospital and it’s probable they passed the disease on to their babies. Overall, just over 40% of babies left with their mothers or another family member.

A total of 119 local women were also admitted to St Patrick’s, Navan Road, Dublin, which also had high infant mortality rates – 50% in one year in the 1920s. Around a quarter of children left St Patrick’s with their mother or family; 43% of children were adopted.

The Carlow County Home, which also had a maternity hospital, was funded and overseen by the Carlow local authority, but the Sisters of Mercy ran it. A commemoration stone on Barrack Street remembers the infants who died at the home and were buried in the area. Local historian Paul Horan told The Nationalist that the question regarding the whereabouts of the County Home records needs to be answered.

The commission of investigation said that county homes nationally attract much less attention than mother and baby homes, but there was evidence that they experienced far worse physical conditions than the women in mother and baby homes, with the exception of Tuam and Kilrush. The report also states: ‘In addition, the women in county homes had to carry out onerous and unpleasant work, for which they were not paid, sometimes for several years.’

According to the report, in 1947, children aged from six months to three years in the Carlow County Home were allocated 12ozs of bread and one quart (two pints) of milk daily. A health inspector noted: ‘No butter, eggs, meat or fruit appear on the dietary scale’. Nursing mothers were given a child’s allocation of milk, but nothing extra. The medical officer had suggested that the diet should be improved.

In 1952, the Department of Health instructed that unmarried mothers be sent from county homes to special homes to give birth, but as late as 1963 one unwed mother was in the Carlow County Home.

If you wish to share your experience of Mother and Baby homes or have information about the County Home, please email [email protected].