CARLOW GAA have this evening announced that Tom Mullally has been ratified as the new manager of the county’s senior hurling team. 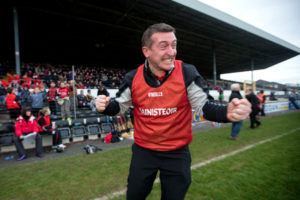 He is an experienced manager with a vast CV but the Kilkenny native is best known within the county for guiding Mount Leinster Rangers to their historic Leinster Senior Club Championship victory in 2013 and brought them to the All-Ireland final. Among his other achievements, he also trained Clara that year as they won their first Kilkenny Championship in almost 20 years, and he was there when they won again in 2015.

More recently, he was manager of the Wexford U21 side that reached a provincial final in 2018 before losing after extra time to Galway.

Mullally will shortly confirm his management team and begin preparations for the league season.