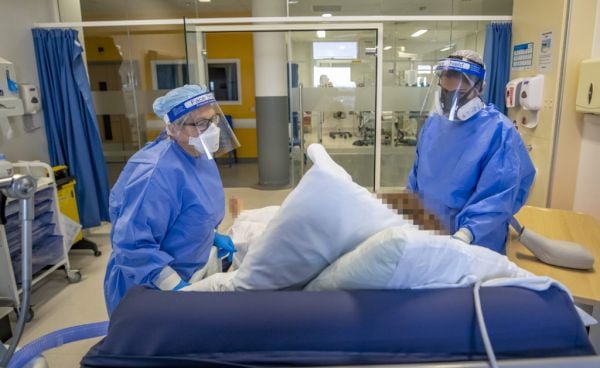 A tenth of all Covid-19 deaths in Ireland since the onset of the pandemic occurred in the week ending January 15th, new data from the Central Statistics Office (CSO) shows.

A total of 247 deaths due to coronavirus were recorded in the seven days to January 15, the CSO found.

This represents 10.4 per cent of the total 2,361 people who died of the virus since the pandemic began.

A further 175 deaths have been cited as being linked to the virus since last March.

The CSO said more than 50 people died in each of the last three weeks with the capital continuing to be the worst hit.

Information on the people who have died from COVID-19 or have been diagnosed with the virus.https://t.co/bvpmU4vb3W#CSOIreland #Ireland #COVID19 #covid19pandemic pic.twitter.com/a2GQdrfosn

The data showed the disease also continues to affect older age groups the most, with 63 per cent of all confirmed Covid-19 deaths to date in people aged 80 years or older.

The CSO said this was the third highest weekly number of cases since last March. The total number of confirmed cases to date is 175,082.

Dublin accounted for more than a quarter of all new cases for the week ending January 15th. Cork had the second highest number of new cases in the same week.

No other counties had more than 1,000 weekly cases in the week ending January 15th.

Leitrim and Longford had the lowest level of new cases in the country with fewer than 100 weekly cases each in the same period.

The median age for all Covid-19 cases since the start of the pandemic is 38 years old.

Galway has the lowest median age at 31 while Wicklow has the highest at 42.

The average number of contacts per positive case per week was two in the week ending January 15th, down from four contacts in late December.