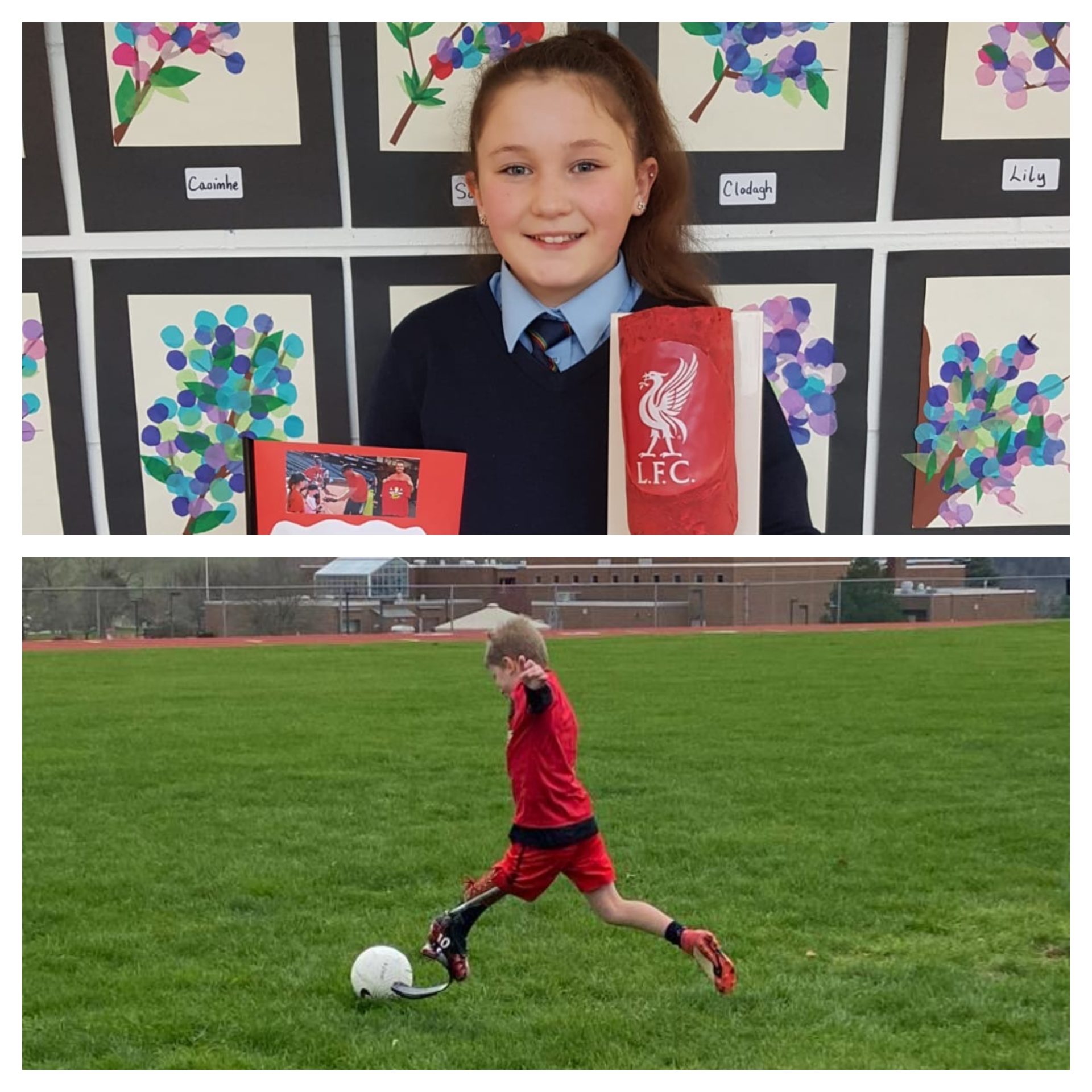 Caoimhe Fanning from Scoil Mhuire gan Smál in Carlow was inspired by her American cousin, Liam, who lost his leg due to cancer

CAOIMHE Fanning, a sixth-class pupil from Scoil Mhuire gan Smál, Carlow was selected as the senior category winner in this year’s ‘Someone like me’ competition.

The competition, which is organised by the National Disability Authority, attracted more than 1,500 entries from national schools across the length and breadth of the country. Now in its fifth year, Someone like me aims to foster positive attitudes towards people with disabilities by highlighting the similarities that exist between all people.

Caoimhe’s mother Rachel Lacey is a teacher in Scoil Mhuire gan Smál, while her dad is Frank Fanning. She based her submission, a sculpture, on the trials of her first cousin Liam Fanning, who lives in Pennsylvania, USA. She was inspired by him and his ability to overcome what others could see as a disabilty.

Liam’s dad John hails from Aghade, Carlow and is the son of John and Mary Fanning.

At the age of seven, Liam was diagnosed with osteosarcoma in his femur. His treatment consisted of chemotherapy at The Children’s Hospital in Philadelphia. Liam faced this turmoil with great personal courage. So much so, he was named ‘Liam Strong’ by his family and friends. Liam received amazing support from both sides of the Atlantic and his supporters even became known as ‘The Eliaminators’.

Liam has progressed with his prosthesis to the extent that he is back participating in all sports, including his favourite, soccer. He is a huge Liverpool fan and met Jurgen Klopp when he was home in 2019.

Twelve-year-old Caoimhe became very close to her cousin Liam and his sister Niamh. She visited them in America after he was diagnosed and Liam came to Carlow to visit after his recovery.

Caoimhe created a sculpture of a model of Liam’s prosthetic, finishing it off in the colours of his beloved Liverpool, just like he has on his actual blade! She signed off on her submission that Liam is proof that people can overcome disabilities.

Her teacher Niamh Redmond and all in Scoil Mhuire are delighted with Caoimhe’s richly-deserved success and wish her every success in the national finals.