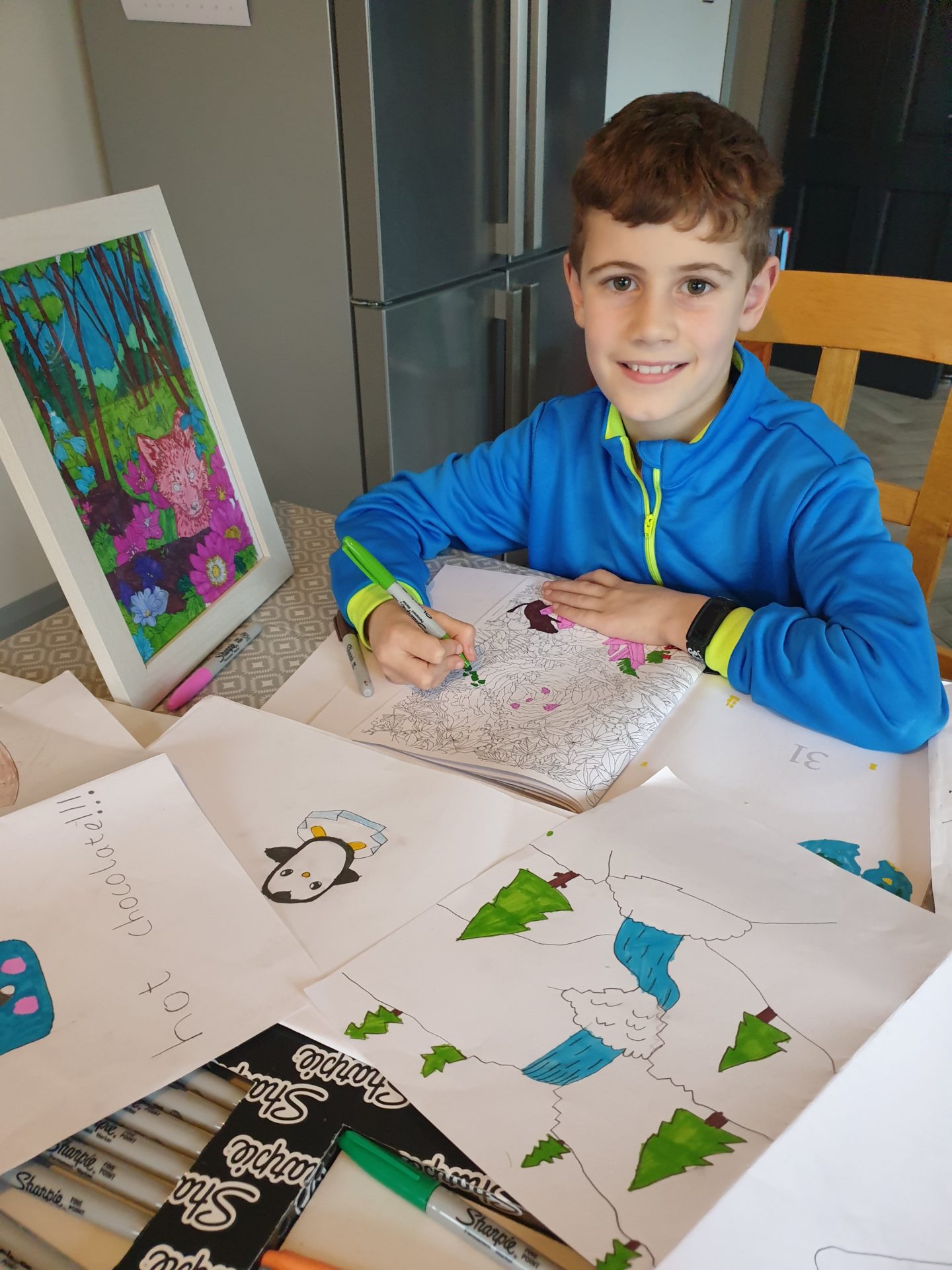 TWO primary school children from Co Carlow were picked as the best in the county out of hundreds of entries in this year’s ‘Someone like me’ art competition.

The competition, which is organised by the National Disability Authority, attracted more than 1,500 entries from national schools across the length and breadth of the country. Now in its fifth year, Someone like me aims to foster positive attitudes towards people with disabilities by highlighting the similarities that exist between all people.

Eight-year-old Matthew Hayes from Borris NS wowed judges with his depiction of a boy playing basketball in a wheelchair, with his poster proudly asserting that ‘everyone can do anything’, scooping him the junior county prize. He began his art work in class under the guidance of teacher Sinéad Brennan and continued to work on it at home at the kitchen table.

Matthew, whose parents are Eileen and Darran from just outside Borris, is thrilled with winning the prize. He’s a dedicated artist who spends time drawing and painting every day, while he’s also a part of a children’s art group which was set up among his friends.

“I find art very calming,” he told The Nationalist.

During the last school term of 2020, teachers and their pupils right across Ireland worked through special lesson plans, which challenged them to respond artistically and creatively to the theme of Someone like me, while, at the same time, appreciating and respecting similarities and differences in people, developing a shared understanding of how we should treat others in a caring, sensitive and inclusive way and promoting a sense of belonging and connectedness.

Congratulating Matthew on being named county winners, minister of state Anne Rabbitte said that she was hugely encouraged by the growing interest in the competition, particularly given the ongoing Covid-19 pandemic and the added public health requirements placed on teachers and pupils.

“We are exceptionally pleased with the response to this year’s competition. 2020 was a difficult year for everyone, not least teachers and their pupils,” she said.

“Despite the challenges of living in the midst of a global pandemic, primary school teachers and pupils have demonstrated their commitment to helping to build a more inclusive society by dedicating important classroom time to work through the specially created lesson plans and create their competition entries.

“I would like to pay tribute to the National Disability Authority for adapting this year’s competition to ensure that Covid-19 did not prevent pupils taking part, and teachers for continuing to use the cross-curriculum lesson plans as part of their classroom teaching,” concluded minister Rabbitte.

Now Caoimhe and Matthew will be awarded their prizes in a virtual ceremony on Thursday 28 January, when the overall national winner will also be announced.