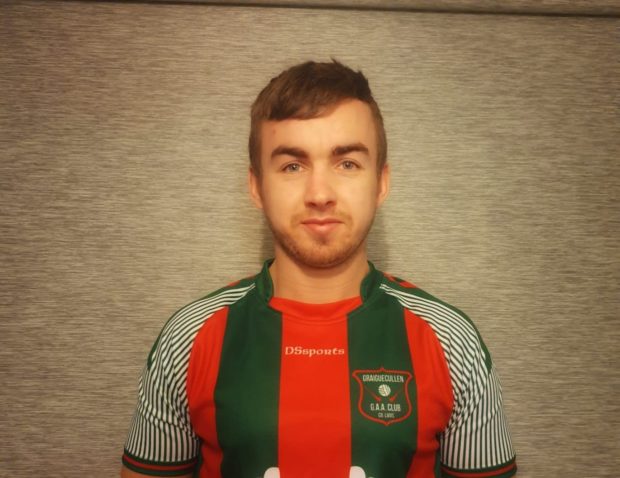 A GRAIGUECULLEN man has been running every day for January in aid of St Fiacc’s House, Graiguecullen.

“I’ve bitten off more than I can chew, I think,” joked Jamie.

The arduous challenge breaks down to a daily routine of a 15km run, 174 sit-ups and 174 push-ups.

When he spoke to The Nationalist, Jamie had been running for 18 days in a row.

“I do a good bit running but never what I have done during this month. The first five days I though I was a great lad, doing four-and-a-half-minute kilometres!”

Now he has a throb in his Achilles heel and a knee niggle, but he is persisting.

“I would be stubborn enough to do it. I have no choice now, I have to do it,” said Jamie.

Jamie is a personal trainer and is well known for his sporting exploits with Graiguecullen GAA and St Patrick’s Boys AFC, while he has also previously run with St Abban’s AC.

Despite the closure of gyms due to the pandemic, he has still been able to do personal training and this has kept him busy.

Jamie used to work out of the Fitness Studio on College Street but has set up his own Malone Health and Fitness business catering to all ages and abilities.

Jamie also ran PE sessions with residents in St Fiacc’s twice a week for three years up until Covid pandemic.

Exercise benefits all ages mentally and physically and residents enjoyed “moving and grooving”. Jamie has great respect for the staff and residents at St Fiacc’s.

“It’s been rewarding. You come out of there and you are after putting a smile on someone’s face,” he said.

Jamie’s family have strong connections with St Fiacc’s. His brother Alan previously did some fitness work in St Fiacc’s, while his grandmother attends the day care centre.

To support the Jamie’s initiative, search for ‘Fund for St Fiacc’s House’ on gofundme.com.