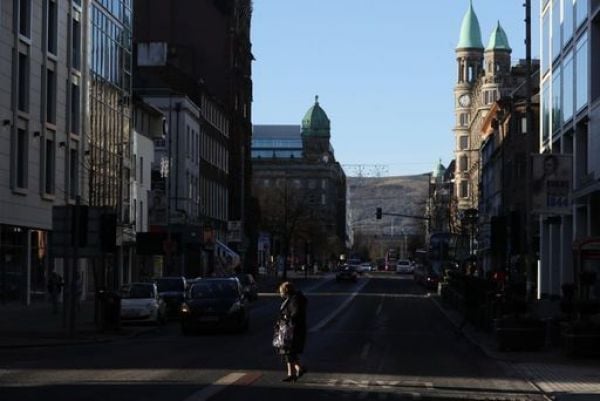 There have been 12 more deaths due to Covid-19 in Northern Ireland.

The North’s Department of Health said two of the deaths occurred outside the most recent 24-hour reporting period.

It brings the total death toll to 1,716 since the pandemic began.

A further 670 positive cases of the virus were also confirmed on Saturday.

There were 810 people in hospital with the disease, including 66 who were in intensive care units.

The total occupancy rate in the North’s hospitals is now 92 per cent.

The incidence rate per 100,000 population over the last seven days now stands at 284.

Armagh City, Banbridge and Craigavon is the area with the highest rate at 510. This is followed by Mid Ulster at 450, and Newry Mourne and Down at 327.

Derry City and Strabane now has the lowest rate at 159.

Earlier this week, Stormont ministers extended the post-Christmas lockdown in Northern Ireland for a further four weeks until March 5th.

An extended shutdown closing non-essential retailers, keeping schools closed to most pupils and encouraging employees to work from home began after Christmas, and had been scheduled to end next month.

But curbs may not ultimately be lifted until Easter as vaccines are rolled out.

First Minister Arlene Foster told BBC Radio 4 on Friday the reproductive rate of the virus, the number of others infected by each positive case, is below one but ministers and the NHS need to see pressure on hospitals lessening.

Another 156 fatalities occurred in the week of January 9-15th, the Northern Ireland Statistics and Research Agency (Nisra) said.