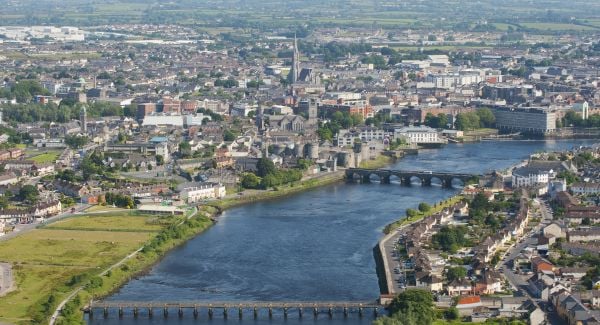 A man who was found dead on a freezing laneway in Limerick city on Friday had recently been supported by family and local homeless shelters, informed sources have said.

The body of the 69-year old, who was a native of Poland, and who had been in Ireland for a number of years was discovered at Limerick Lane, off Catherine Street, around 8am.

Beds in homeless shelters were available the night before the deceased was found and have been available all throughout January, a spokeswoman for Limerick City and County Council confirmed.

However, freezing temperatures over recent nights have made conditions particularly dangerous for those sleeping rough.

Offering her “condolences at this tragic time”, Una Burns, Head of Policy and Communications at NOVAS homeless supports service, said that “due to Covid-19 restrictions” they cannot be as flexible with clients as they normally would.

Ms Burns explained that they can no longer allow sleeping in communal settings in their facilities due to “the risk of infection and potential transmission of Covid-19, particularly in residential settings”, and this may force homeless people to sleep rough, on the streets, in tents, stairwells, and alleyways.

It was unclear if the deceased had tried to access emergency accommodation the night before he was found.

“The same level of emergency accommodation units are still available,” she explained, but reiterated that, “during periods of very cold weather, where we could support people in communal areas, we can’t do that now, as we are restricting people coming in and out of services, because of Covid”.

Services are not able to support as many as they would want, due to infection control, and we have been seeing the consequences of that.

“We know there is rough sleeping in Limerick, and the low temperatures make homeless people extremely vulnerable.”

“It is a precarious life” and Covid has “limited a flexibility” around providing accommodation.

“Services are not able to support as many as they would want, due to infection control, and we have been seeing the consequences of that.”

Temperatures plummeted below zero over recent nights and there are forecasts of snow tonight.

The deceased, who would have turned 70 in July, had up until recently being resident in a co-living accommodation facility provided by Limerick City and county Council.

A Council spokeswoman said “there was capacity in homeless accommodation services in the city last Thursday, and throughout the month of January”.

A garda spokeswoman said: “Gardaí are investigating all the circumstances following the discovery of a body of a male on Limerick Lane shortly before 8am, Friday 22nd January 2021″ and confirmed the man’s body was removed to University Hospital Limerick for a post-mortem.

While gardaí said their investigations are ongoing, sources said they do not suspect foul play at this stage.

Figures published by the Dublin Regional Homeless Executive (DRHE) on January 17th, show that 222 homeless people died over the past four years, with an average age of 42 years for men and 37 years for women.

The statistics which are still being processed, record people in emergency accommodation or rough sleeping, whose deaths were notified by service providers to the DRHE.

Last week the body of Michael Byrne (71) was discovered in a sleeping bag on the grounds of University College Dublin.

In the space of a few days over the Christmas period, at least three homeless people were found dead in the capital.

On December 23rd last, the body of Michael Mois was found in the Phoenix Park.

Another body was discovered in the Frederick Street area on December 21st and a person passed away in private emergency accommodation in the city centre on December 17th.

“We seem to be beginning this year the same way we ended it, with more homeless deaths,” Ms Burns said.