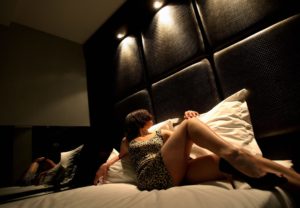 Photo for illustration purposes only

A woman guilty of brothel-keeping was part of a “sophisticated criminal organisation” working across Ireland and Poland, according to a Circuit Court judge.

Magdalena Jankowska (32) avoided jail for the offence on Tuesday afternoon, but has been ordered to return to her native Poland in 14 days or risk activating the one-year prison term. She must also not come back to Ireland for the duration of the suspended sentence – that being five years.

The operation had been discovered after a Garda posed as a customer and contacted her on an escort website in 2014. On November 10th 2014, gardaí approached her then residence of 15 Rivercourt Apartments, Suir Street, Waterford city, where the accused answered the door in a robe and underwear.

Three women were discovered working inside alongside Ms Jankowska, having been brought to Ireland from Poland by the accused and a man, who collected the women at an airport. Detective Garda Patrick Darcy said he and gardaí entered the flat, finding one of the three women was in a bedroom at the apartment with a client at the time.

Gardaí found 15 mobile phones, alongside a notepad, €285 in cash in a jar and some cannabis. A can of pepper spray was also found, for which Ms Jankowska pleaded guilty to possession of, under the Firearms and Offensive Weapons Act.

Last October Ms Jankowska, who did not address in court, pleaded guilty to a charge under the Criminal Law (Sexual Offences) Act for being a tenant in charge of a “premises that was used as a brothel or for the purposes of habitual prostitution”.

Another man present in the apartment, whose name was on the lease alongside Ms Jankowska’s, was initially the focus of the Garda investigation but their enquiries eventually concentrated on the accused. He later came to Garda attention for drug offences, the court heard.

Ms Jankowska, who has no fixed address but has been living in Wexford with a friend and her one-year-old son, had come to Ireland for a better life but after striking up a relationship with the man, who also encouraged her to take up sex work, she ended up taking on a “managerial role” in the enterprise.

The other three Polish women present had told gardaí that they found Ms Jankowska online and contacted her, eventually being collected at an airport in Ireland by the man and then brought to Waterford to sell sex, paying the accused €100 per week for rent.

They said that Ms Jankowska was “not their boss”, according to the detective, and that “they were there of their own free will.” Detective Garda Darcy said the women were “vague” about the status of the man, saying that he “hung around the apartment smoking”, however he felt they were “fearful” of him.

Judge Eugene O’Kelly said the accused was “motivated by money” and had made the choice to enter the sex trade, and had “moved up the chain of the gang” to become someone who facilitated the arrivals of the other women who stayed at the flat, and their mobile phones.

“The sale of sex is a criminal offence,” the judge said, adding that the accused appeared to have greater choice of entering the work compared to the other women found at her apartment. “Society has to be protected from this sort of behaviour. On the other hand, there is an entirely innocent infant child,” Judge O’Kelly said, saying he had to “weigh up the benefits” of Ms Jankowska being imprisoned when she is the sole carer of her infant son. He added that her “precarious” housing situation was also a concern.

He gave a sentence of two years but reduced it by a year after taking into account her guilty plea and cooperation with gardaí, before suspending it for five years on condition that Ms Jankowska returns to Poland within 14 days. She must also not return to Ireland for the five-year period.

“If she wants to stay in Ireland she can do the sentence,” Judge O’Kelly said.

Another aggregating factor in the case was that the accused had come in contact with the criminal justice once previously, when she was fined the equivalent of €1,200 for theft in Poland in 2012.

The pepper spray charge was “less serious”, Judge O’Kelly said, as the work undertaken by women in the sex trade was “dangerous” and gardaí accepted her reasoning that the can was not an unlawful item to possess in Poland.

He handed down a six-month sentence which he suspended for a year.