O’Hanrahans stalwart worries that clubs are being forgotten about

O’HANRAHANS Secretary, Peadar Bermingham, has called on the County Board to have a look at the club draw and examine ways in which clubs’ financial worries in the county can be diluted. Because of the Covid crisis he says clubs sources of income have been destroyed and this should be of major concern to the top brass of the GAA. 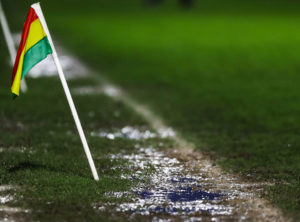 O’Hanrahan’s stalwart worries that clubs are being forgotten about

Of particular concern to the long-time serving officer of O’Hanrahan’s is the obligation on clubs in Carlow to come up with €3,500 for the club draw which has gone up by €300 in 2021 as compared to €3,200 last year.

“It is a bit heavy. We have to pay players insurance, public liability, team registration, referees fees which have to be paid in advance before a ball is kicked. Referee’s fees could come to 4-500 euro depending on how many teams you have out,” says Bermingham.

Bermingham says he has no issue with these fees but he feels there is something which could be done with the club draw and the €3,500 which all clubs have to pay. The money raised in the club draw goes to finance the development of the Carlow Training Centre outside Fenagh.

“No-one knows how the season is going to turn out and what the virus is going to do to the club championship. We could have a contained championship. It is hard to know how things are going to go but we still have to raise funds.

“The County Board is putting pressure on the clubs to get their fees in. Once the championships are going ahead we don’t mind doing it but with the year that has been in it there should be certainly some waver on the €3,500 fee.”
The long serving O’Hanrahans officer says his club is down almost €27,000 in fundraising income for 2020. He is happy the club is not in the red but they owe €3,000 for their floodlights but says this is not a problem and will be paid.

“The golf classic raised €10,000 (in 2019), the race night raised €8,000 and then the flag day brought in €3,000. These are major fundraising events which were not there last year and are unlikely to be there this year,” Peadar estimated.

He asks questions about the wisdom of hiring intercounty senior managers from outside the county.

“I know Carlow are after appointing their senior hurling and football managers. High profile managers but any money coming into the county board some of it is diverted to the county managers. If you are not going to support the clubs you will not have county commitment,” he reasons.

While he cannot comment on behalf of other clubs, Bermingham says they must all be in some sort of financial trouble.

“You have Éire Óg, Ballinabranna, Tinryland and clubs who have the bar and a social aspect they have to be down big money too?”

Bermingham says that overall at national, provincial and county level the main concentration seems to be focussed on the intercounty scene. He says grass-roots GAA is getting left behind

“It is a lack of interest and nobody is thinking of clubs in this situation. There is little reference to clubs at all,” he alleges.