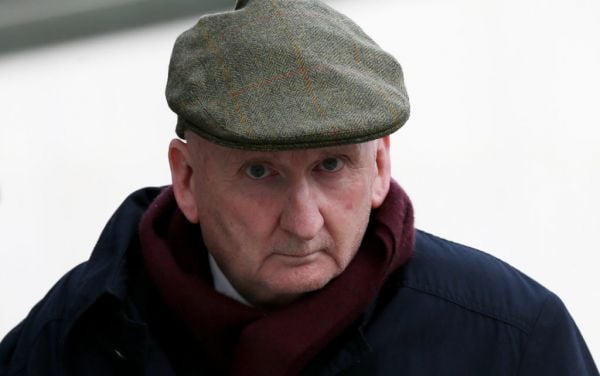 A former rugby coach and teacher at a Dublin private school abused 23 students on the grounds of the school, a court has heard.

John McClean (76) abused the boys between 1973 and 1990 while he worked for Terenure College. He left the school in 1996 after certain allegations were made and took up a role coaching rugby with UCD.

Dublin Circuit Criminal Court heard that the first complaint to gardaí in this case was made in 2016.

McClean assaulted several of the victims under the guise of fitting them for costumes for plays he produced in the school.

He also abused boys he brought to his office after they had got into trouble in class. One such victim was the younger brother of another victim.

The court heard that some victims believed they were either not selected for or dropped from the school rugby team as punishment for challenging him over his sexual abuse of them.

McClean, of Casimir Avenue, Harold’s Cross, Dublin, pleaded guilty to 27 charges of indecently assaulting the males at Terenure College in Dublin on dates between 1973 and 1990. Further charges are being taken into consideration.

The accused had denied all offences when interviewed by gardaí and three trial dates were fixed before he finally pleaded guilty in November 2020.

At a sentence hearing today, the court heard evidence regarding the abuse of 15 of the 23 victims.

Paul Murray SC, prosecuting, told the court that McClean was an English teacher at Terenure College between 1966 and 1996. He also worked as a rugby coach in the school and was involved in costume fitting for school plays until around 1979.

Mr Murray said that from the early 1980s, McClean was the first year “form master” and had his own office.

He said the first complaint was made in 2016, but no prosecution was made at that time. In subsequent years a number of other complainants have come forward and there are now 23 complainants in this case.

Counsel said that some allegations were made in 1996, at which point McClean left Terenure College.

In a victim impact statement read before the court, one of the victim’s said he hopes a landmark will be built on the grounds of Terenure College as an acknowledgement of the past. He said such a gesture would go some way to healing the victims and their family members.

Another victim said that two past pupils who have since died told him they wished every boy who attended the school would receive justice.

A third victim stated that the abuse he suffered “was not opportunistic event but the cold calculated actions of an odious man”.

A victim who was repeatedly abused by McClean said that the abuse sent him down a road of self-destruction and that his mother would sometimes call him “the devil”.

“John McClean you mean nothing to me, you are evil personified,” this man told the court.

He said his mother was wrong all those years and that he is not the devil, he “just crossed paths with the devil at Terenure College”.

The sentencing hearing continues tomorrow) before Judge Pauline Codd when the court will hear evidence regarding the remaining eight victims.