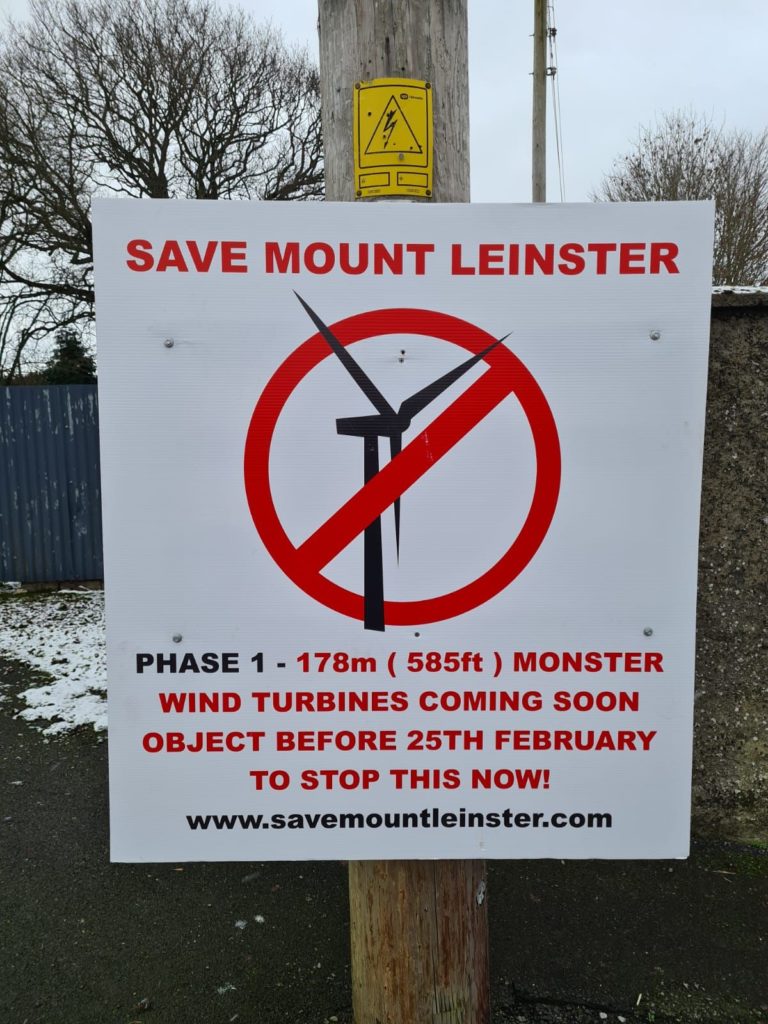 Some of the recently-erected signage about the proposed windfarm

Accusations of poor communication between Coillte and the local community have been an ongoing concern for the Save the Mount Leinster campaign.

“People just don’t know about this and this affects far more people that those living near Mount Leinster,” said one resident.

Coillte says the proposed Croaghaun Wind Farm project forms part of its contribution to helping both the state and Co Carlow meet emissions-reduction targets and that it “plays a role in promoting and sustaining a cleaner, more secure, healthier environment for our children and future generations”.

Save Mount Leinster has held two virtual meetings in recent weeks to discuss Coillte’s wind farm proposal and the implications for the community, with each one attracting upwards of 100 people. The closing date for receipt of submissions to Carlow County Council on this planning application is Thursday 25 February.