Footpaths need to be repaired in Bagenalstown 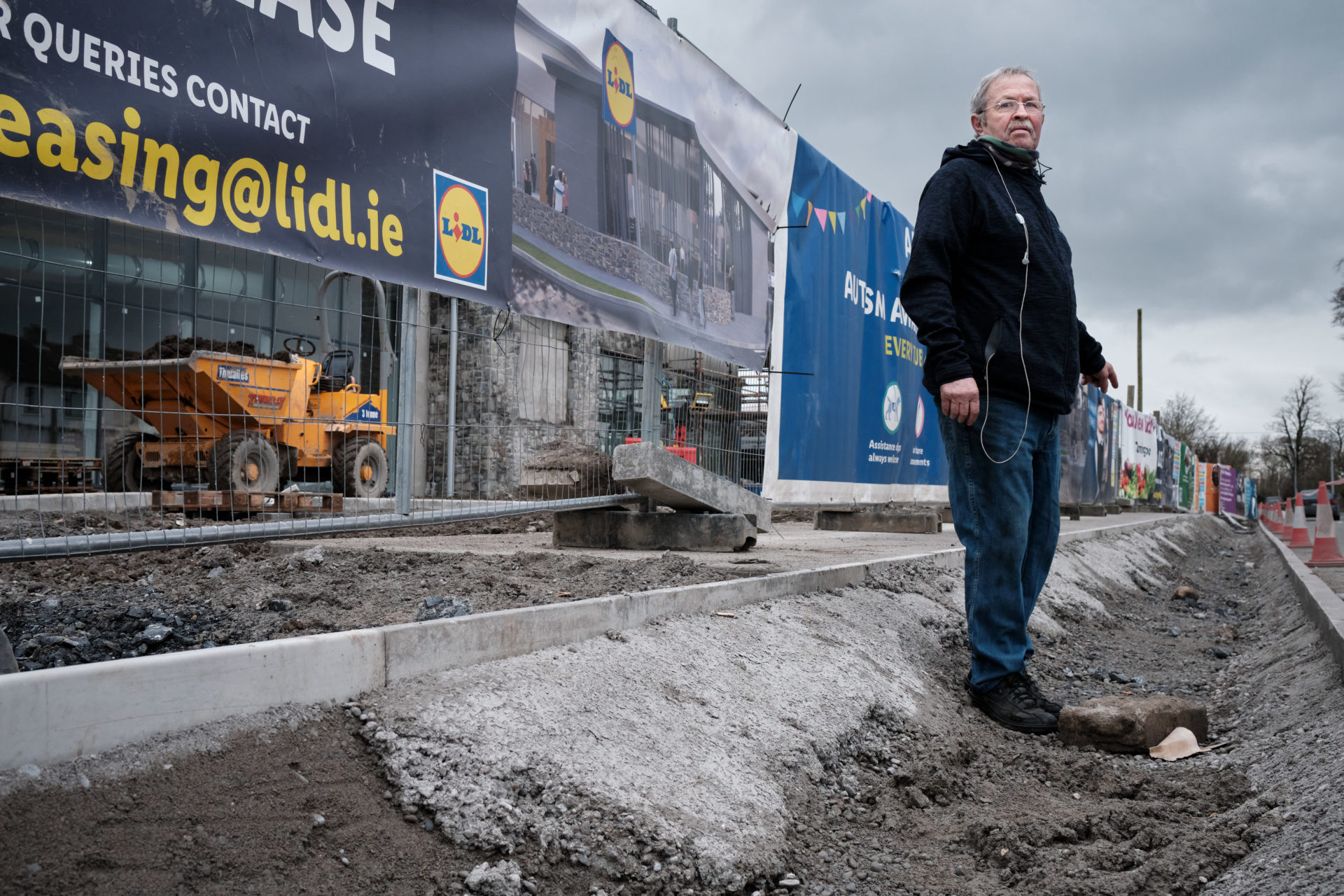 Cllr Andy Gladney highlights the difference in the height between the footpath and the Royal Oak Road outside the new Lidl in Bagenalstown. Photo: michaelorourkephotography.ie

Certain footpaths around Bagenalstown need attention with one in particular in an extremely poor state because the roots of trees are tearing it up.

Cllr Andy Gladney said that while he understood people were reluctant to cut down trees, the row of trees on Bachelor’s Walk, Bagenalstown was hazardous because they’re situated right in the middle of the path and are breaking it up.

Area engineer Gerry Crowley agreed that the “path was in terrible condition” and that while people were fond of trees, the felling of those particular ones on Bachelor’s Walk would bring light back into the street.

Cllr Gladney also raised concerns about a footpath near Lidl supermarket, asserting that a part of it was too high off the street level and that a pedestrian could slip off it and fall onto the road.

Mr Crowley replied that he was aware of people’s concerns and had already met with Lidl management about it. He told the meeting that either they would install a handrail or lower the path, but either way, the situation would be tackled.

Cllr William Quinn also put in a request for a path to be installed at the old cottages in Borris.

“It’s the oldest part of the town and we’ve great heritage here,” he said.

Mr Crowley said that under the Village Renewal Fund, new works could be carried out in Borris, especially after the locals roads are resurfaced.