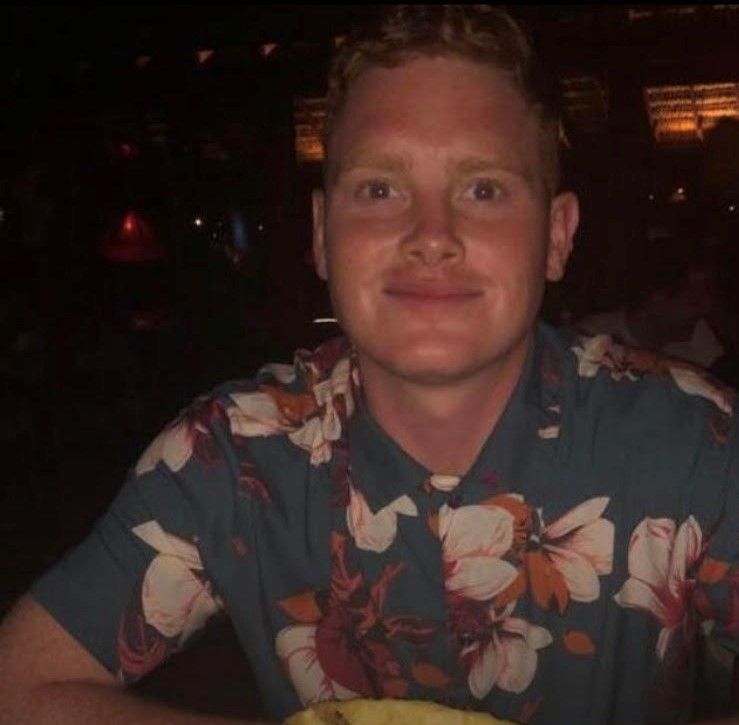 THE Irish flag was flown at half-mast yesterday, Monday, in every army barracks around the country, in honour of 26-year-old Private Mark Mahon from Rathvilly, who fell ill and died on Thursday in Stephens Barracks, Kilkenny, where he was stationed.

Tributes poured in for the young soldier, who “lived every minute of his life”, as his parents Mark and Rachel, sister Megan, girlfriend Katie Foley, his many friends and his comrades in the army struggled to comprehend their loss.

At his requiem Mass yesterday, his coffin was draped in the tricolour, while army chaplain Fr Dan McCarthy paid tribute to Mark’s short but brilliant army career. At the South Lebanese army base where Mark had been stationed last year, the Irish flag flew at half-mast there, too, in his honour.

One of his army colleagues brought up his overseas medals as a symbol of his career, while sports gear and a vintage top were also brought as symbols of his love of sport and fashion. Katie held a globe to illustrate their mutual love of travel. The young couple, who would have been seven years together this week, had travelled extensively together and had dreams of visiting more places once restrictions had allowed.

Mark and Katie had been looking forward to this week in particular because of St Valentine’s Day on Sunday and because it’s Katie’s 25th birthday today (Tuesday). The pair had met on St Valentine’s Day seven years ago and they had planned a week of small celebrations to mark the special occasions. Instead, heart-breakingly, Katie received the flowers on St Valentine’s Day that Mark had ordered for her in advance.

He was known for helping people in need, especially homeless people, Fr Foley told the tiny congregation. He said that when Mark was just a boy, he wanted to give his Holy Communion money away to a busker on Grafton Street, Dublin, while he was also known for buying double the amount of food that he needed in the chipper on a night out so that he could give half of it away to a homeless person.

“His heart was very special; he reached out to people; he wanted to help others,” said Fr Foley.

Following Mark’s death on Thursday, the defence forces paid tribute to Pte Mahon. Officer Commanding 3rd Infantry Battalion, Lieutenant Colonel Declan Crummey said: “As officer commanding and on behalf of all members of the 3 Infantry Battalion and Óglaigh na hÉireann, I extend my deepest sympathies to the family, loved ones and many friends of Pte Mark Mahon. Mark was an integral part of the 3 Infantry Battalion, where he served with distinction both at home and overseas. He will be sorely missed by all of his friends, comrades and colleagues serving in Stephens Barracks, Kilkenny.”

Mark was originally from Deansgrange, Dublin but moved to Baltinglass with his parents when he was four. The family ran a pet shop, which fostered a love of animals in Mark. He attended secondary school in Scoil Chonglais, Baltinglass before joining the defence forces in 2015. An avid sports and fitness fan, he played soccer in Dublin, Tullow and with Moone Celtic FC. Members of that club formed a guard of honour at yesterday’s funeral.

Mark lived his 26 years to the full, Fr Foley said, “leaving us a treasure trove of memories”.

Katie also paid tribute to Mark by reading out a poem, while sister Megan said that he was “always the happiest person in the room. I’ll always treasure those memories,” she said.

Mark’s mother Rachel thanked everyone who supported the Mahon family and helped them get through the terrible days since his death. She thanked the defence forces for their help, the medical team in Stephens Barracks and St Luke’s Hospital, Halligan’s undertakers, the priests and Mark’s many friends who posted photos of them together. She asked them to “keep the photos coming” because the family loved seeing them.

She also said that they would read all the messages and tributes to her son and that they made the family very proud of him.

“Our hearts swelled with pride with all the stories about Mark,” she said. “Mark lived life to the full and never wasted a moment. This is not ‘goodbye’; this is ‘see you later’. We love you with all our hearts,” said Rachel.

Mark was laid to rest in Rathvilly cemetery with full military honours. He is survived by his parents Rachel and Mark, sister Megan, girlfriend Katie, grandmother, granddad, aunties, uncles and cousins.

His family has asked that in lieu of flowers, people would make a donation to Dublin Zoo or a homeless charity of their choice because they were two causes very close to Mark’s heart.