Funding campaign for father of three 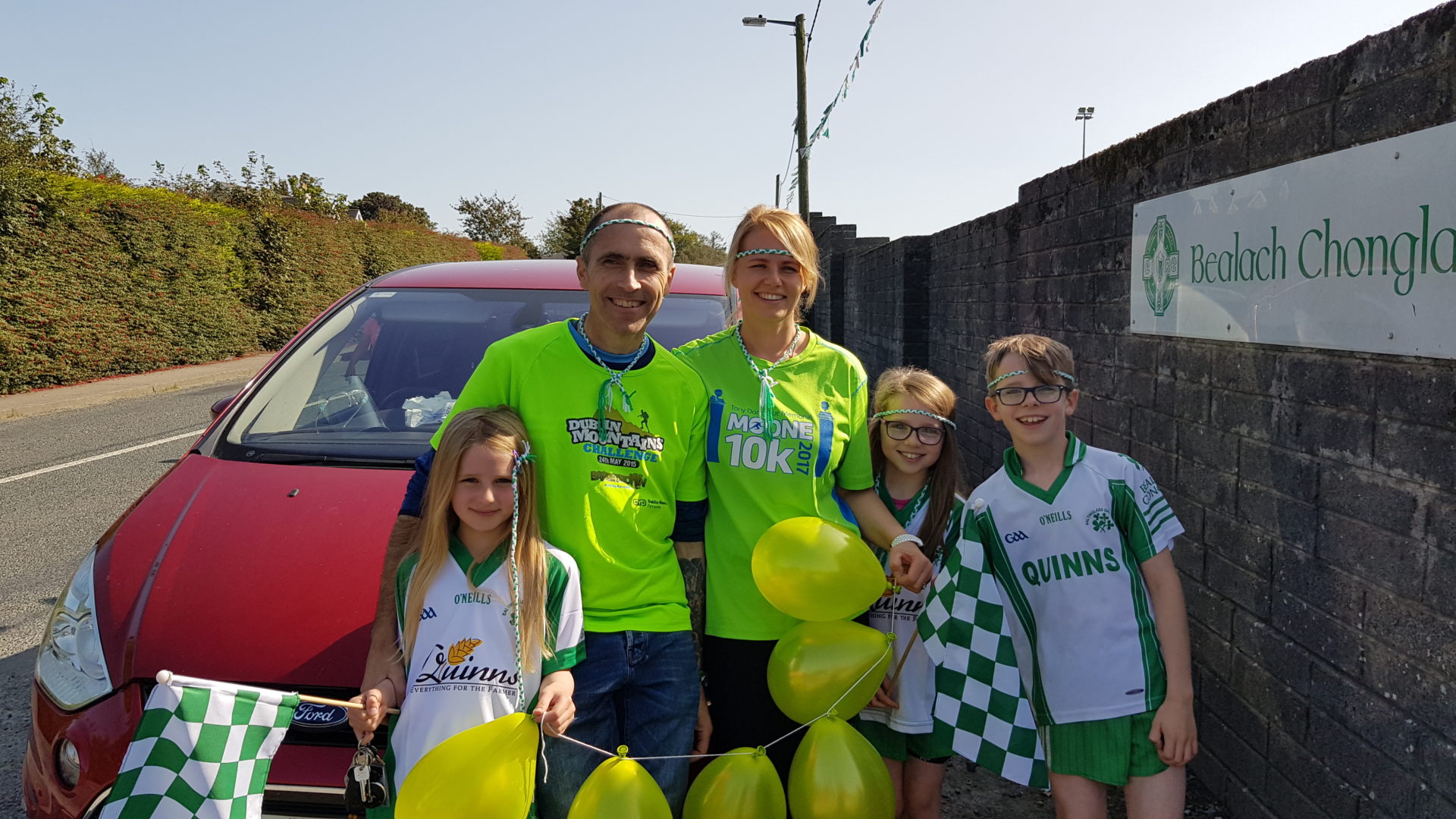 Edward and Mandy O’Brien with their children, Ruby, Lexie and Jack

THE family and friends of a father of three with an incurable cancer are raising funds so that he can receive alternative treatment in Mexico.

Edward O’Brien, aged 46 years, was diagnosed in August 2018 with ampullary adenocarcinoma, an incurable rare form of cancer that forms in the digestive system.

Originally from Rathvilly and now living in Baltinglass, Edward is described by his wife Mandy as a man who is “private, laid back, loving, generous and can-turn-his hand-to-anything kind of person”.

Edward had chemotherapy in 2018 and 2019, but the side effects became too much for him to bear.

He changed his diet and used alternative treatments and was doing well until last year, when he started to feel pain and discomfort again. Follow-up tests showed his tumour markers were extremely high. Edward considered taking the chemotherapy route again but knew that it wouldn’t cure the cancer, while the tumour is also inoperable. Reluctantly, he started treatment again until he had complications with infections. He recently came home after five weeks in hospital.

“This was an extremely lonely time for us all with the restrictions,” said Mandy. “He is currently lethargic and is struggling to get back on his feet.”

The couple started to look at alternative treatments for Edward in the hope that they would improve his overall physical condition and possibly even shrink the tumour to make it operable.

They found a clinic called the Immunity Therapy Centre in Tijuana, Mexico that offers 22 types of therapies and holistic treatments. The treatments can take from three to six months and will involve follow-up consultations, too.

“We want an opportunity to help him with his healing and to do everything we can. This is not something we have entered into lightly, but feel that we have no other choice,” added Mandy.

After some consultations with the doctors there, Edward has been accepted as a patient at a clinic in Tijuana, but now the family have to raise the funding because the treatments are expensive.

On Monday, they set up a GoFundMe page called Help with Edward’s healing with a target of €50,000 and in several days, €42,000 was raised, with more donations continuing to flood in. Mandy and Edward are keen to get the treatments started as Edward is now so ill.

“The sooner the better that we can travel. We’re looking to do a three-week or six-week programme, it depends on Edward’s condition. We’re excited more than nervous, we need this alternative route,” concluded Mandy.

If you’d like to donate, go to the GoFundMe page at