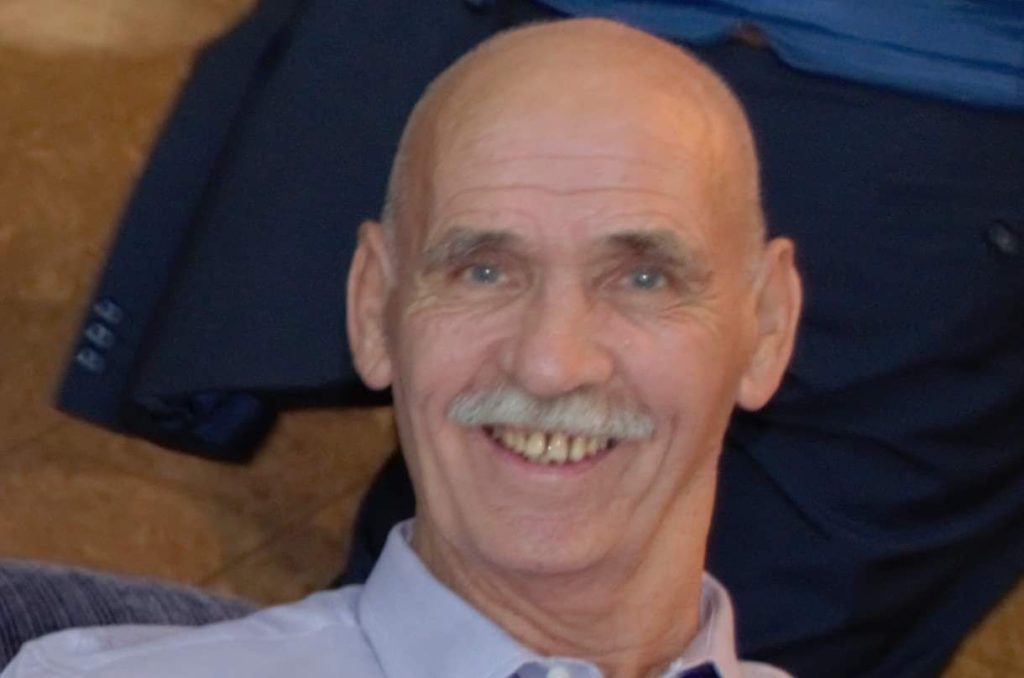 The life of this popular Rathvilly man was captured succinctly by his stepson Andrew in a eulogy to his stepdad during Noel’s funeral Mass in his local St Patrick’s Church on Wednesday 27 January. The Mass was restricted by the existing Covid-19 regulations.

In his tribute, Andrew described Noel as “a man of few words”, continuing: “although he was quiet, he did like a good laugh and a story. The problem was, when he’d think back on the stories, he’d laugh so hard himself he wouldn’t actually get to tell them”.

Andrew said his stepdad had a great passion for sport, being a former Rathvilly Gaelic footballer. He was always keen to remind people about his Centenary Year medal, which he took great pride in winning. The day George Best died in November 2005, Sky News listed out the achievements of the Belfast soccer legend’s career with Manchester United and Northern Ireland. Noel’s comment was: “He’d no Centenary Medal, though.”

“Noel’s medal meant more to him than any silly European Cup would have,” said Andrew.

Noel also realised the great group of friends he had played with in the green and gold of Rathvilly, both on that team and over the years. Despite some of his former team mates having moved elsewhere, their regular visits, phone calls and gifts were something which meant an awful lot to him. Andrew commented: “These players of his era will always remember their friend Noel Smith, ‘The Gentle Giant’.”

Continuing, Andrew said: “Noel loved the outdoors. On 1 November every year – the first day of the shooting season – there was an early start to the day. After breakfast, Noel and his friends were ready to go shooting as first light broke. As the years went by and the lads got a bit older and maybe even a bit wiser, it got to be more of an after-lunch thing. It was through the gun club that Noel met some of his most loyal friends, people he could always count on and who would have done anything for him; and in return, he’d have done anything for them.

“Noel was very fond of animals, in particular, his dogs and horses. What he loved about spending time with them, horses especially, was the quality time it allowed him to spend with his number one priority, his daughter Stacey.”

Andrew said Noel was always there for his family. “A family member could ask him anything, no matter the time of day or night, and the answer would always be the same – an emphatic ‘no’. But then, of course, he would do it anyway. Most of the time, one wouldn’t even need to ask, Noel would know what was needed and would have it done post-haste.

“He had a large family and was immensely proud of every single one of them. The extended Smith family is a bit too big to allow for mention of everyone, but it certainly wouldn’t be right not to mention his nephew JJ. I couldn’t possibly put into words how much time Noel had for JJ and how proud he was to be his uncle, but I think it definitely went both ways. JJ was only ever a phone call away whenever he was needed, whether it was just for a catch-up or a job that needed to be done.”

Noel had spent about five months in St Vincent’s following his liver transplant and, unfortunately, trips to hospital became an all-too-familiar part of his life. However, he never complained. He did have great support over the five months. A lot of the time he wasn’t conscious, but devoted wife Mary was at his bedside constantly, which was a great source of consolation to him.

It brought him comfort because their love never waned. Andrew said that the love that Noel and Mary had for each other over the 15 years of their married life had been “nothing short of incredible”.

Andrew concluded: “It’s with a great sense of loss and regret that we say goodbye to Noel today, but with a sense of great happiness that we can look back on so many great memories.”

Noel was predeceased by his brothers Bill, Andy and Peter and sisters Elizabeth, Patricia, Margaret and, more recently, his mother-in-law Joan Sibbald.