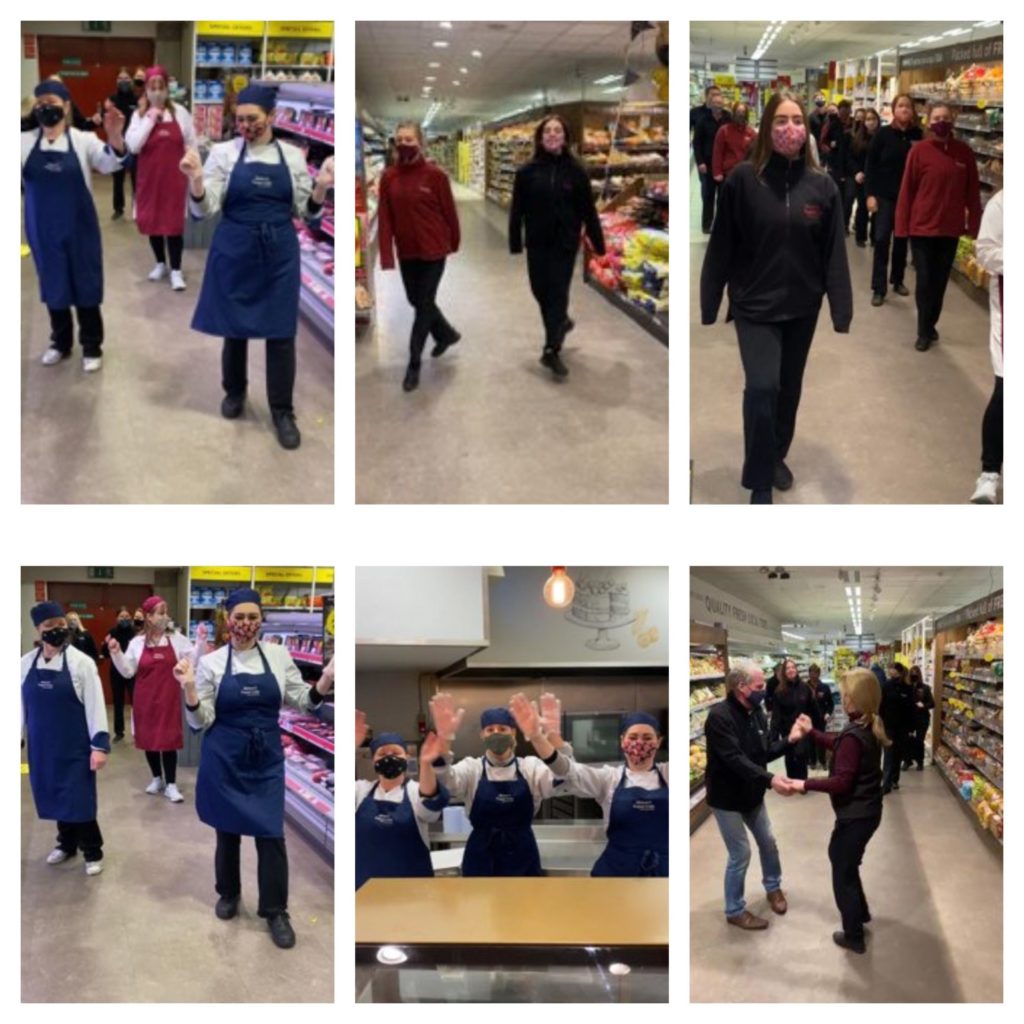 WATCH out, An Garda Síochána … there’s a rival to your dancing crown! Hickson’s SuperValu in Tullow last week posted its impressive take on the Jerusalema Challenge and the result has been an absolute winner with over 70,000 views already!

“The reaction has been phenomenal,” said a delighted Trish Ryan, manager of Hickson’s SuperValu. “We had such fun and such a laugh doing it … it’s the first laugh we’ve had in a year,” she says, reflecting on the tough times their dedicated and hard-working team have had during the pandemic.

“The comments from customers have been incredible; they’d nearly bring a tear to your eye some of them. So many people were delighted to see us because they haven’t been in and are getting deliveries and then there’s people in the shop saying what a boost it gave them to see it….it’s been such a morale boost for us all here,” Trish praised.

Upwards of 40 staff took part, with owner Tommy Hickson more than happy to get his dancing shoes on to join in the fun!

Tommy’s wife Bridgie also did an absolutely super job editing the video, creating dancing superstars out of the Hickson’s team.

The idea to take on the Jerusalema Challenge came from Trish herself, who is certainly no slouch when it comes to fancy footwork!

“I’m into social dancing and dance with Declan Flanagan so I learned the dance last August, when we were able to meet up for some dancing. I asked a few of the girls were they up for it and we decided to give it a go,” says Trish.

In the video, Trish and her husband Don light up the shopping aisles with a jive, while Irish dancers Rachel Baird and Ashley Shannon high-kicked their way past the fruit and veg with gusto. From a boogie at the tills to bopping at the meat counter, the Tullow staff gave their all, while still maintaining social distance.

“The last year has been so hard on everyone, not able to meet up as we usually would, so this was a bit of fun, a laugh we all need. We’re delighted to give people something they can enjoy, too,” said Trish.

Check them out on