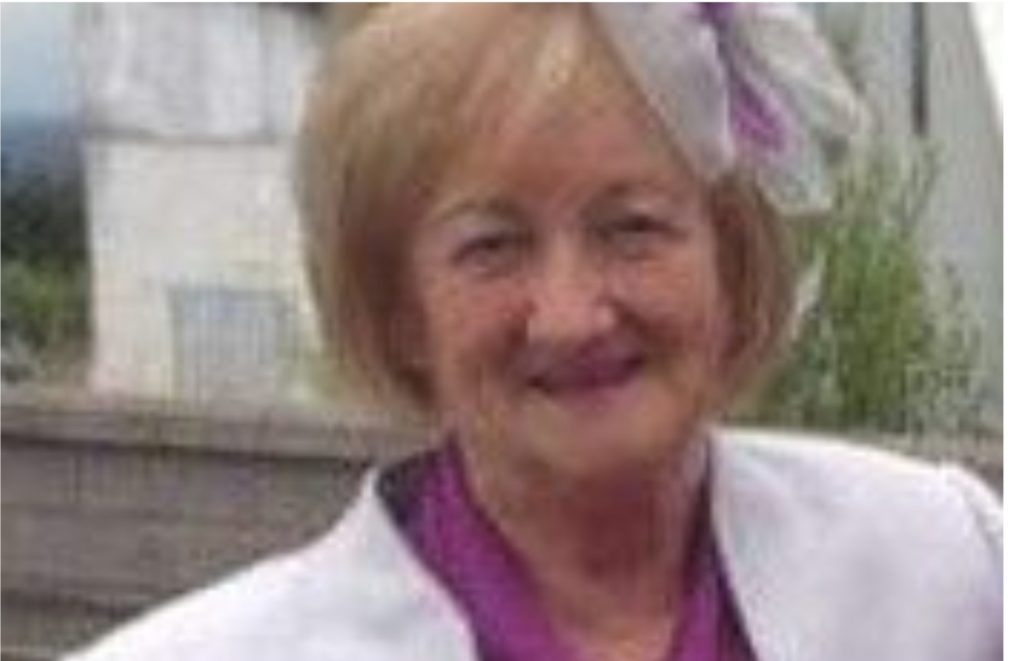 MARION Minion, Clogrennane, Carlow, who passed away peacefully at her home on Friday 22 January surrounded by her loving family, was a respected member of the local farming community.

Marion had been diagnosed with cancer in June of 2020, being treated in St Luke’s Hospital, Kilkenny and the District Hospital, Carlow during her illness.

Born into a farming background in Clogrennane on 7 February 1945, Marion married farmer Stephen Minion from Clogrennane – the Minion and Connor families were neighbours and highly regarded within the local community. Marion and Stephen married on 25 September 1963 in St John’s Church of Ireland, Cloydagh – Marion’s local church.

She was a hard-working woman who played an active part in running the Minion dairy farm. The couple reared a family of four children: two boys and two girls.

Marion was bereaved in January 2003 by the death of Stephen, a matter of months before their 40th wedding anniversary.

She was a woman who supported anything that benefited the Clogrennane/Ballinabranna area. She was a member of the local Mother’s Union and of the Killeshin Forever Young group, which organises social outings, dances, holidays and other events for senior citizens in the general area.

One of Marion’s greatest delights in life was her love of travel. She had been to Israel with a church group, visiting relatives in Canada with husband Stephen. And in later years, her travels took her to many European countries with her partner Harry Condell, one of the highlights being a trip to Venice.

She loved to keep in contact with all her friend and relatives across the world, from England to the USA and Australia. And in this day and age of email and electronics, she still loved to send Christmas cards. Thanks to all, at Christmas 2020, she had lined a 30-foot kitchen wall with all the cards she received.

Following the service, Marion was laid to rest in the adjoining churchyard, with prayers by her grandchildren and Canon Chancellor Minion at the graveside.