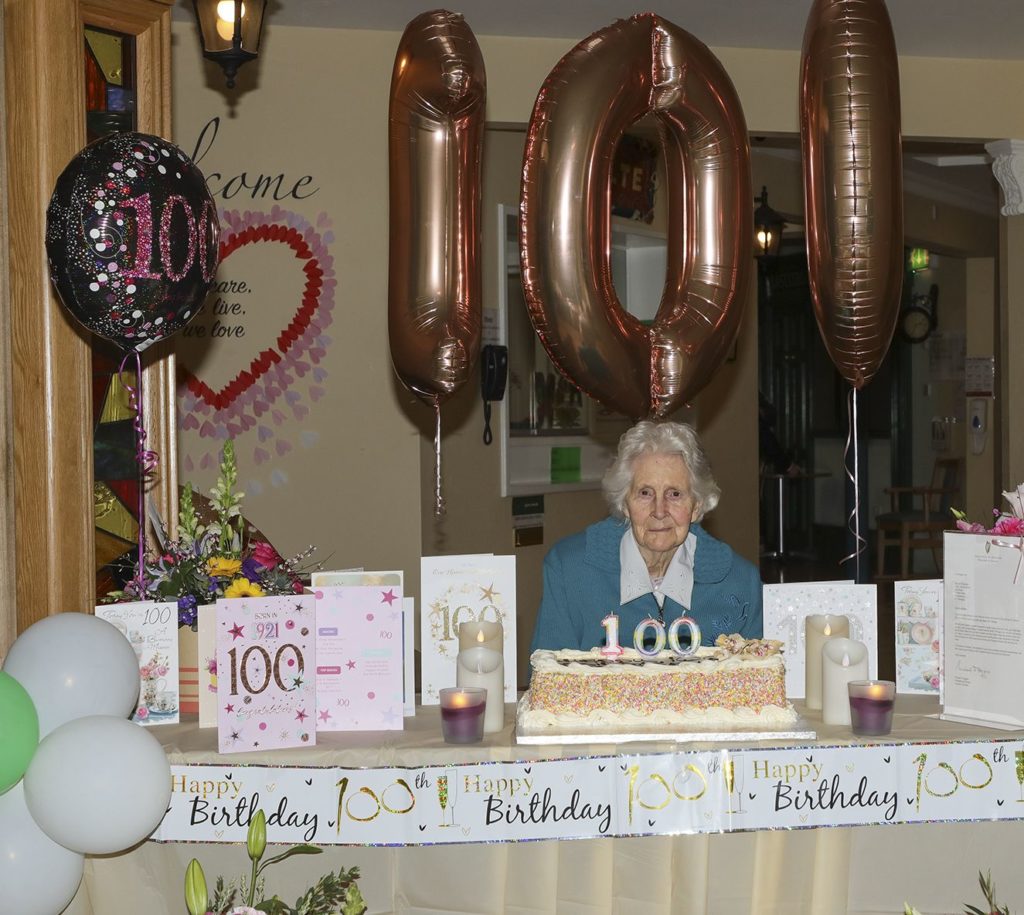 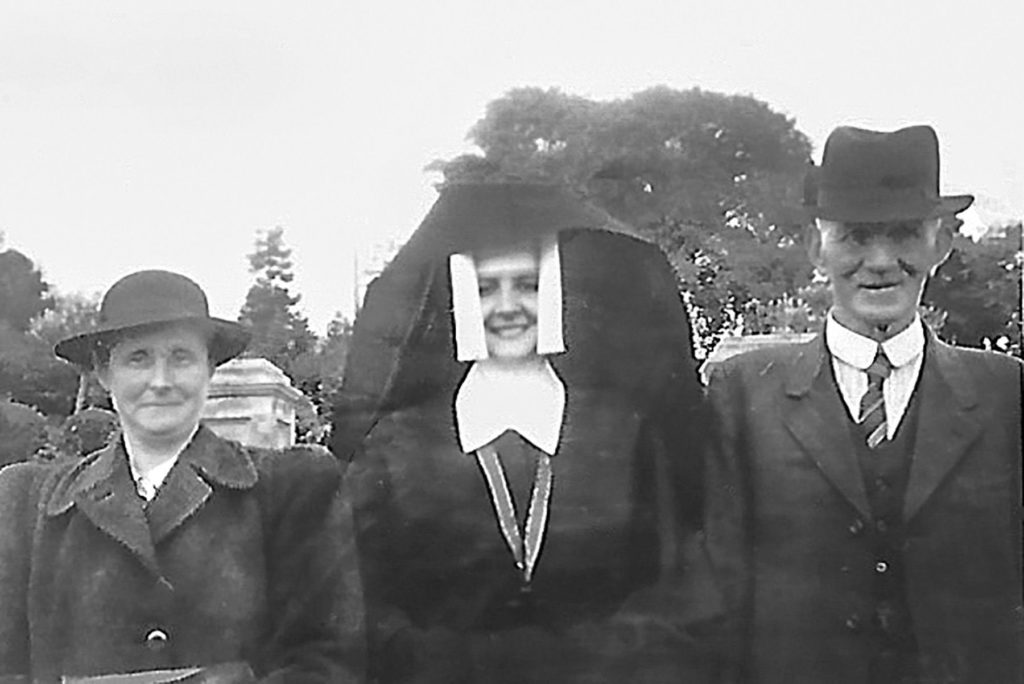 Sister Mary Brophy (centre) pictured with her parents Jane and Thomas on her first profession on 9 August 1944
Photos: Pat Byrne

A REMARKABLE woman has survived cancer, a heart attack and Covid-19 to reach the incredible age of 100.

Daughter of Thomas and Jane Brophy, Kellistown, Sr Mary is now the last surviving member of their seven children, but has many cousins and relatives still living in Co Carlow. Sr Mary entered St Louis Convent, Monaghan on 24 September 1941, so not only does 2021 mark her milestone birthday but also her 80 years as a St Louis Sister.

Due to Covid-19 restrictions, neither family members nor the sisters in Iona House, Carrickmacross were able to visit Sr Mary in person on her birthday, but came up with a novel idea of recording their birthday wishes on their mobile phones.

The nursing home pulled out all the stops to give Sr Mary a safe and memorable birthday and, of course, she was also delighted to receive her cheque from President Michael D Higgins.

“We were very disappointed not to be able to be there, as were her three nieces in Wexford, but we keep in contact with her all the time and we will see her again when we can,” said Sr Mary’s niece Mary McCabe from Tullow.

“Aunty May was very close to my mother, who died last August; they’d call each other all the time and send each other things … and, of course, visit whenever they could,” added Mary.

“Physically, Aunty Mary’s in great health; she survived cancer, then in 1995 she had a heart attack and survived that, and then last year she got Covid-19 and again survived that. She’s great, she’d always recognise your voice on the phone,” said Mary.

Sr Mary loves nature and is a very kind, considerate woman. Family is also very important to Sr Mary and in the past she loved nothing more than a trip to Tullow, Kellistown or Wexford.

In 1979, Sr Mary was appointed to Carrickmacross, where she became actively involved in the world-renowned Carrickmacross Lace, playing a very active role in enhancing and promoting this distinctive traditional lace. Sr Mary had a great rapport with the Carrickmacross Lace workers and loved nothing more than to drive out to visit them in their homes in the locality.

She moved to Castleross Nursing Home in 2008 and has lived a very happy, contented life there over the past 13 years.