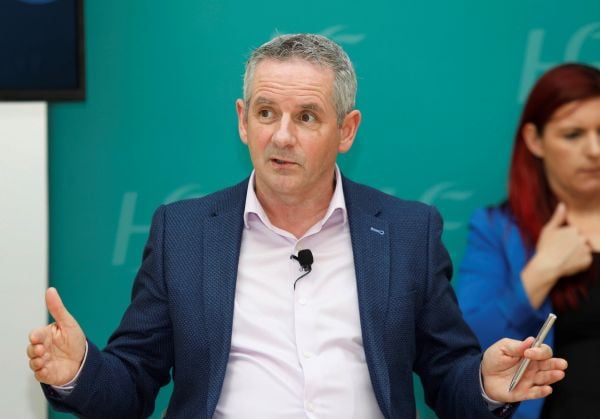 The director-general of the HSE Paul Reid has acknowledged there have been problems with the delivery of vaccines to “a small number of general practices”.

The reality was that the responsibility for the delay in deliveries and missed deadlines was down to AstraZeneca, not the HSE, he said.

“We’re getting them out when we get them,” he told Newstalk Breakfast.

The most vulnerable groups were being vaccinated and that was positive, but the AstraZeneca delivery delays were causing “frustration and angst,” he said.

Mr Reid said he accepted there were “some problems” with communications, but that problem was being addressed and communications would be strengthened.

“It’s about how we coordinate the schedule,” he explained. There were logistical complexities with some vaccines, but significant progress was being made.”

Mr Reid said he was cautious about making commitments on delivery dates. “Whatever is available we administer. If we get it we will use it.”

Everything about this is down to the unpredictability of supply.

The HSE are on track to miss the vaccine target for a second week in a row after the state failed to reach last week’s target of administering 100,000 vaccines.

Tánaiste Leo Varadkar has blamed an undelivered consignment of 25,000 AstraZeneca vaccines for the failure to administer the targeted 100,000 vaccines to the public last week.

In other news, the number of Covid-19 patients in public hospitals has fallen to its lowest level since December 29, dropping to 427.

Currently, there are 105 patients in intensive care with the virus, continuing a fall from the peak of 221 in January.

A further 462 new cases of Covid-19 were confirmed yesterday, along with 39 additional deaths.